Annette Bening played the role of a lifetime as the overbearing mother with a slightly skewed way of viewing the world. 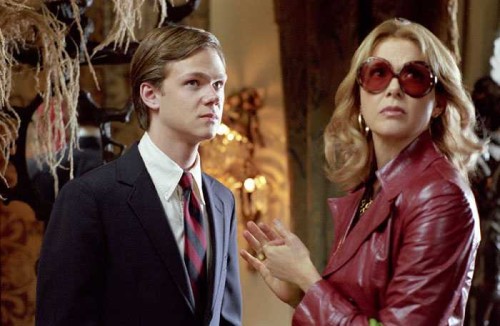 Annette Bening should have won an Oscar for her portrayal of the mother of Augusten Burroughs. As she struggles with problems of her own, she sends her son to live with her therapist, played by Brian Cox. The therapist’s eccentric family in many ways becomes Augusten’s family.

Running with Scissors is another prime example of movie moms and their power to affect their children — in both good and not-so-good ways. Annette Bening was born to play this mom, and her Deirdre Burroughs — with her larger-than-life sunglasses — is certainly the epitome of the mother that would produce an introspective writer.