Pick one…they’re all mothers and daughters in this film based on the book by Amy Tan about her upbringing. The 1993 film perfectly showcased maternal influences at a crossroads among Chinese and American moms. 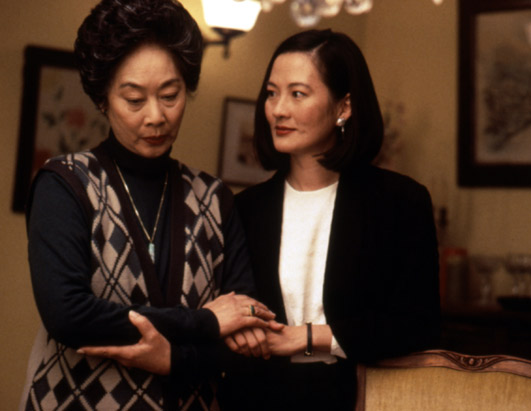 Tan’s The Joy Luck Club is a rich story, with multiple layers of mother-daughter synergy seen through the influence of race, culture and most importantly, generations. The film is a joy to watch, no matter how many times you’ve seen it, because of the wonderful performances by each and every actress in The Joy Luck Club.

A who’s-who of Asian actresses took their roles and created a movie mom masterpiece. From Ming-Na and Kieu Chinh to Lisa Lu, the movie is a master’s class in actress camaraderie.

The Joy Luck Club is an empowering film about turning to those closest to us during the direst of needs and highest of hopes.

This life history of four women and their daughters could easily be considered a virtual experience for the modern American immigrant story, well beyond its Asian characters.