Louisa May Alcott’s novel defined perseverance of a mother in any genre of entertainment. Janet Leigh took a character generations adored and brought it to life onscreen. Not only did she satisfy audiences of the book, Leigh’s performance brought a legion of new fans to Louisa May Alcott.

Susan Sarandon played the role in a later remake, but it is Leigh’s mother of daughters in nineteenth century New England that is the quintessential capturing of the colonial mom. Leigh showed us all the work which was required of the true giant of the household during that time. The 1860’s could not have been easy on anyone, but for Little Women growing up in Concord, Massachusetts, they had mom and often, that is all that was needed.

Janet’s character, over the course of the film loses a daughter while staying strong to raise sound women. Little Women is a lesson in how a book should be made into a movie. 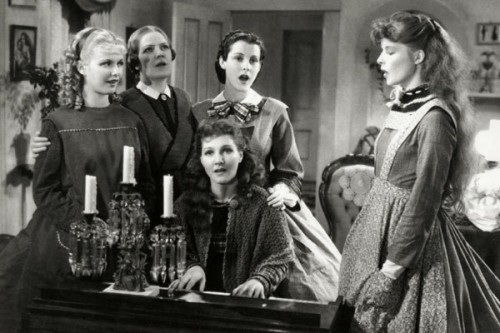 Next…The Joy of clubbing with mom