For over a century, movie moms have run the gamut. From overbearing, Psycho, to the endearing, Terms of Endearment, the maternal influence on motion pictures is unparalleled in its ability to produce deeply fascinating characters.

In conjunction with our Top 25 TV Moms, here is SheKnows look at our Top 10 Movie Moms. 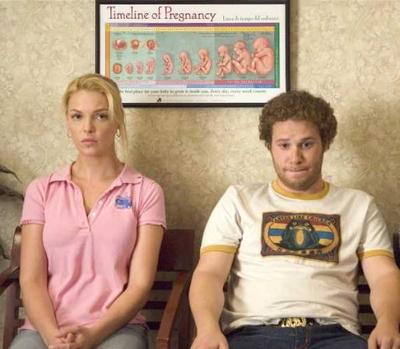 10. Knocked Up, Katherine Heigl
Katherine Heigl’s performance as Alison Scott in Knocked Up is a fantastic portrayal of the emotions and stress felt throughout the stages of a surprise pregnancy, including the miracle of birth. Having to deal with Seth Rogan’s Ben doesn’t help the situation.

Technically a mom-in-the-making movie, Knocked Up not only put Heigl on the A-list, but also introduced audiences to the madcap world of Seth Rogan. With a single one night stand, Rogan and Heigl create expectant parents who barely know each other, yet are forced on this journey together.

When Knocked Up arrived on screens in 2007, no one could have guessed that the film would resonate with audiences the way it did. The film made over $150 million in the US alone.

Next…The mom that made the hills sing