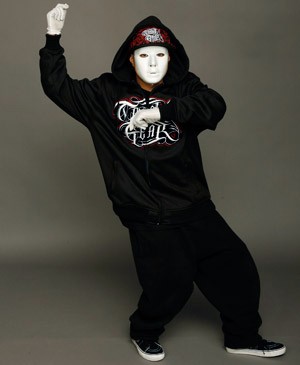 After 28 million votes, JabbaWockeeZ and Status Quo are the last two dancing crews standing (so to speak) and tonight they battle it out for the number one spot.

The Boston boys take on Jabba

Giving B-boy flavor a Beantown twist, Status Quo has become known for flips, stunts and for infusing their routines with humor. Masked and making moves on the dance floor that would make professionals jealous, the JabbaWockeeZ are known for their innovative choreography and group movement. Both crews have overcome incredible personal odds, competed against some of the top dance talent in the country and remain top contenders to dance their way to the $100,000 cash prize and the title of America’s Best Dance Crew.
The exciting finale will also welcome back and showcase the performances of all crews from the entire season – Enigma (Tampa, FL), ICONic (Englishtown, NJ), Breaksk8 (Kokomo, IN), Fysh & Chicks (Los Angeles, CA), Live In Color (Miami, FL), Femme 5 (Chicago, IL) and Kaba Modern (Orange County, CA).

“Randy Jackson Presents: America’s Best Dance Crew” will return for a second season, and is currently inviting dance crews around the country to submit their video submission at http://www.mtv.com/ontv/castingcall. Regional casting calls will also be announced shortly.