In honor of the greenest holiday we celebrate, SheKnows has compiled a special Top 10 list for St. Patrick’s Day.

These are the best Irish created or themed movies available for rent on this ‘grrrreat’ day to be green.

They are all fantastic, and are in no particular order.

SheKnows’ pick for top film of 2007, this modern musical exudes modern Ireland in how it was shot, scored and embraced by a world that adores all things Irish.

Djimon Hounsou and Irish filmmaker Jim Sheridan create a classic about how in today’s world, it is still difficult for an Irish immigrant to make it in America.

In the Name of the Father

Gripping, powerful and full of hope at the same time, In the Name of the Father is another Jim Sheridan film, starring Daniel Day Lewis in what many believe is his most intense performance. The true story of a man wrongly imprisoned for an IRA bombing showcases everything that is stellar about Irish cinema.

Before she donned a crown in The Queen, Oscar winner Helen Mirren wore Irish green for this film about the family issues that emerge around homegrown terrorism. Told from both sides of an IRA bombing, this film captures the struggle Ireland faced for centuries.

The seminal music motion picture showcases a group of down-and-out Irishmen and women who rally around ’60s soul music. Connecting the troubles of the blue collar Irish and the African American civil rights struggle, The Commitments is at its most delightful as the group embraces the fact that they are “black and proud.” 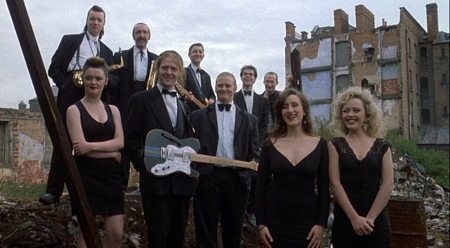 Martin Scorsese and Leonardo DiCaprio combine on what would be their first of many cinematic pairings.

The film also stars Cameron Diaz and features another incredible performance by Daniel Day Lewis in the story of the first Irish immigrants to come to the U.S.

Janeane Garofalo stars in this 1997 film about Marcy, an assistant to Senator John McGlory who is desperately seeking help in his re-election from the Irish vote. The Matchmaker is a romantic comedy of the purest form.

A piece of classic Irish cinema from 1952 about an American boxer who retires to Ireland, nursing wounds of a lifetime of ringed battle, and finds healing in the form of love with an Irish woman.

Daniel Day Lewis’ first Oscar win…nothing else really needs to be said about this instant classic. 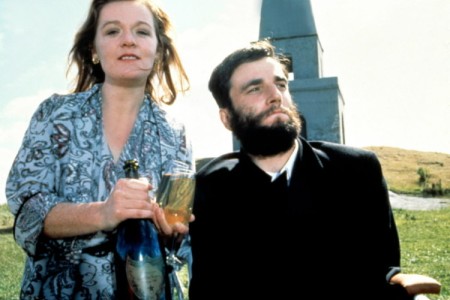 It is the most charming tale of a lottery winner who dies and a small town that binds together to swindle the lottery commission. Waking Ned Devine is at the same time hilarious, moving and one of the most enjoyable films to play with the dead in history.

…and one more for good measure:

Ed Burns, in his debut as writer-director-actor, illuminates the life of the modern Irish-American in this story of love, loss and Irish pubs and brings along Cameron Diaz and Jennifer Aniston for the ride.