Since its inception in 1987, SXSW has grown into a music and entertainment super-feast. 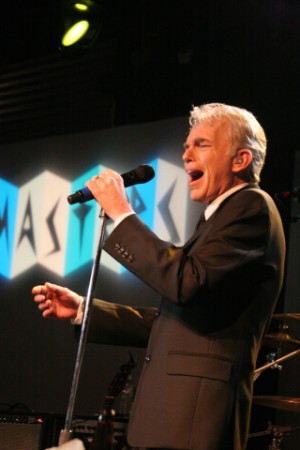 Have you taken a breath yet? This is not just any event.

On Wednesday SXSW launched its four-day onslaught of meticulously scheduled panels ranging in focus from ‘Red Flags in Contracts’ and ‘People Who Pay for Music’ to ‘The Blog Factor’ and ‘Producers: The Analog-Digital Shift’. The SOLI Chamber Ensemble set the mood for this year’s keynote speaker, Lou Reed, who appeared at SXSW Thursday in conjunction with a screening of Julian Schnabel’s film “Lou Reed’s ‘Berlin,'” (documenting a recent performance of the landmark 1973 album).

Mentor, quickie and demo sessions will be running throughout the conference and festival for attendees to take advantage of. Do so. These sessions are invaluable to your SXSW experience.

The Austin Convention Center will be hosting the SXSW Music Trade Show and Exhibition from Thursday morning through Saturday afternoon. After doing a lap through the convention center upper level Grand Ballroom, hit up SESAC Music Stage Café in Ballroom G (next door to the Grand Ballroom). This is where SXSW escapists will find solitude from the hectic rush and enjoy a little something special from the likes of YB, Les Aus, Murs, Cool Kids, Care Bears on Fire, El Guincho, The Lemonheads, Liam Finn and HEALTH.

For the literary, a South By Bookstore Schedule is posted on their website (click here) with book and CD signings such as Thurston Moore, “Mixtape, Punk House: Interiors in Anarchy and Trees Outside the Academy” (CD), Jim Walsh, “The Replacements: All Over But the Shouting, An Oral History” and Jen Trynin, “Everything I’m Cracked Up To Be: A Rock & Roll Fairy Tale.” And don’t forget about SX Studio, featuring up-front-and-center interviews with artists, speakers, and industry leaders from around the world…or, of course the Indie Village (the name speaks for itself) located in the convention center as well.

From 4 pm to Midnight (CDT) for the rest of the fest, DIRECTV will be transmitting South By Southwest straight into the homes of music fans globally. Watch Saturday for two of Austin’s hottest live music venues that will feature 24 of the hottest bands and artists on the SXSW bill. The festival also features a littany of literary events with a who’s-who of authors and an accompanying film festival featuring the likes of big Hollywood films such as “21” and small independent films like “New Orleans, Mon Amour.” To follow the film fest, visit http://2008.sxsw.com/film/.

This festival already has become a Mecca for anyone with a passion for music, art and film. There comes a time in life that a musical journey must be made…in this case, we suggest you make it to Austin.

Watch for SheKnows’ coverage live from the event in 2009 and check out this year’s vastness of content at the festival’s website.