In recent months, Hollywood mourned the loss of Heath Ledger and Brad Renfro, and reeled in shock over Owen Wilson’s suicide attempt. Yet nearly every gossip magazine remained focused on the psychological — and sartorial — scandals of celeb bad girls, such as Paris, Lindsay and Britney. 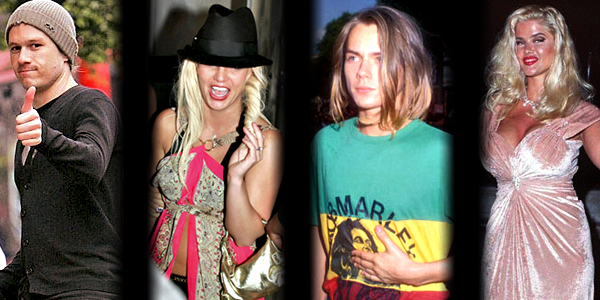 Why do women inspire such concern when young men in Hollywood are at a greater risk for alcoholism, drug abuse and early death? We’re so worried about girls gone bad… but what about the boys?

Far fewer female celebrities have died in the manner of Renfrow and Ledger. Janis Joplin is one who comes to mind, and more recently, Anna Nicole Smith.

Deaths among male entertainers, however, are tragic and more frequent: John Belushi, Chris Farley, River Phoenix – the list goes on. And then there are the musicians — historically there was Jimi Hendrix and Jim Morrison; and more recently, Nirvana’s Kurt Cobain, Bradley Nowell of Sublime and singer/songwriter Jeff Buckley. (A study from John Moores University in Liverpool, England, found that rock/pop stars in the US and Europe are more than twice as likely to die prematurely, when compared to the rest of the population.)

So is celebrity more deadly for young men? And, if so, why do we remain obsessed with young women?

Life under the microscope

The answer to both questions stems from gender differences in everyday life that magnify when celebrity enters the picture.
Young men are more likely to die by suicide or drug overdose than women in the population overall. According to the US Bureau of Health and Human Services, men ages 20-24 are six times as likely to commit suicide as women in that age group.

Psychological differences also factor in. Men tend to bottle up emotions. Fewer cries for help mean fewer chances of receiving it – sometimes leading to a tragic outcome. A man might drink alone in his room and end up dead in a pool of vomit, whereas a woman might get drunk, embarrass herself publicly, and then enter rehab and receive praise and attention for her transformation. This public display lends itself to paparazzi photos and feature stories.

Women tend to be scrutinized more holistically than their male counterparts. Actors are judged on talent or box-office appeal, whereas actresses’ looks, fashion sense and parenting styles are given equal weight. The flip side to all the positive attention women receive for looking sexy or having babies is,that when they gain weight or have a meltdown, those same cameras are there to witness it. 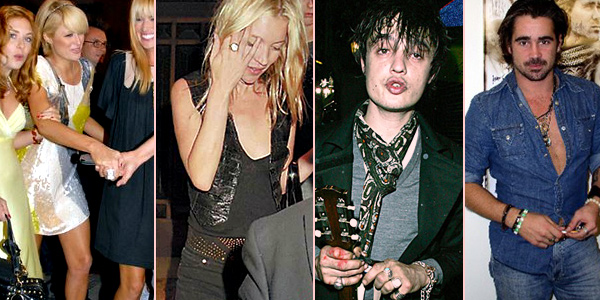 Behind every interesting guy is a woman?

Since statistics show women are the ones buying celeb magazines and frequenting gossip sites, content naturally focuses on female celebrities. According to Alex Williams, in an article in The New York Times, the readership of US Weekly is 70 percent female; for People, it’s more than 90 percent. He quotes Janice Min, Editor-in-Chief of US Weekly, as saying, “Women don’t want to read about men unless it’s through another woman: a marriage, a baby, a breakup.”

Perhaps it’s easier to critique someone for not wearing underwear or for driving under the influence than it is for attempting suicide. The former is more attractive to tabloid magazines, especially if the celebrity in question is young, pretty and female. But another way of looking at this is that it’s also easier to raise concern about someone still alive – and still capable of receiving help and support.

Celebrities are very real people whose highs and lows play out on the world’s stage. As witnesses, we should remember, the ones in the most danger might not be the most obvious candidates.

While it’s unlikely these gender differences will even out anytime soon, as gossip consumers, we should pause before glorifying young women for victimhood, and consider encouraging young men to speak more freely about their struggles.