Long before the Super Nanny, there was Mrs Cleaver, Mrs Brady — and Mr Rogers, too. We compiled some of the best tips from TV’s iconic parents to navigate your household. Who says you can’t learn anything from TV?! We all remember the nugget from that one famous TV mom: “Don’t play ball in the house…” 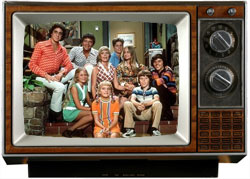 As parents of a blended family, Carol and Mike Brady had experienced it all with their bunch: playground bullies, crushes on math teachers, and the mysterious disappearance of Kitty Carryall.

By raising six children under one roof (and — dare we ponder — one bathroom?), they dished their share of advice amidst family outings like potato sack races and slumber parties (not to mention memorable trips to the Grand Canyon and Hawaii).

As for their sage advice? Instilling confidence, baby — confidence. “Be yourself” and “You can do anything you put your mind to,” were some of their words of wisdom — along with “honesty is the best policy.” Groovy. 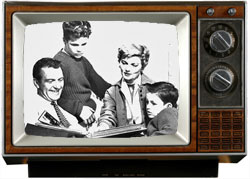 Leave it to Beaver

Sure, the show depicted a picture-perfect nuclear family in the ’50s… but there’s something to be said about the milk-and-cookies-bearing Mrs June Cleaver. While she always wore a smile and her ubiquitous strand of pearls, this housewife was onto something as to how she ran the household.

After all, Mrs Cleaver ensured her family always ate meals together at the dining room table. According to the National Center on Addiction and Substance abuse, the more often a family eats dinner together, the less likely the children will get involved in alcohol and drug abuse. Awwww, Beav. 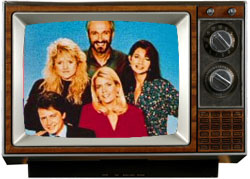 As hipster parents of four, Steve and Elyse Keaton encouraged their children to embrace their beliefs and identity — even the right-winged conservative Alex.

While they dealt with controversial issues such as suicide, racism and drug dependency, they remained steadfast like the time Alex defied his mother and had a night out with his buddies at a nightclub. Much to his dismay, his mother showed up! Or the time Mallory needed a co-signer for her car and her father declined once he heard she planned on traveling with her boyfriend, Nick.

>> When your teenager hates you

They showed strength and resiliency during good times and bad. And if nothing else, the theme song perfectly sums how you feel about your family: “What would we do, baby, without us?” 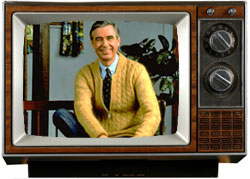 For 23 years, this children’s show exemplified simplicity and gentleness. As for the lessons bestowed upon by by the kindly Mr Rogers?

In his soft yet direct way, Mr Rogers sung about how he’s proud of you and how special you are — unconditional love — he confronted issues with a calm demeanor. Even the death of his goldfish was written into the show to teach viewers a calm lesson about death.

Although he frequently returned to the topic of anger, Mr Rogers focused on peaceful ways of dealing with angry feelings as he reminded us all how important it is to be neighborly. 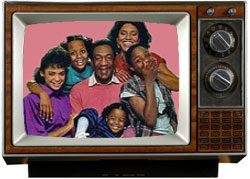 While he injected humor into the household of five children – whether it was the episode discovering his son’s pierced ear or disliking his eldest daughter’s husband, Elvin – Dr Huxtable shared warmth, laughter, and humanity.

>> How to nurture your children while letting go

As for one of the biggest take-aways from his character’s parenting prowess? As they grow up, the family gets larger and — much to his chagrin — they keep returning home. He wants them to be independent, move on, and live on their own. Empty nest anyone? 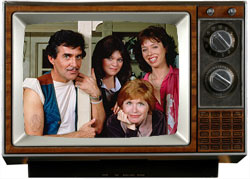 One Day at a Time

Whether it was tackling topics like teen pregnancy, a plethora of boyfriends or daily challenges of living in an apartment in Indianapolis, single mama Ann handled it with humor, direct conversations and sometimes even raising her voice to make her point.

As for the underlying theme? Keep on doing what you do, hold on tight, we’ll muddle through — one day at a time. Watch a flashback for some inspiration…

And to think you actually felt guilty curled up on the couch watching classic TV reruns!