Divorced Renee Zellweger is speaking out about Kenny Chesney and why they decided to end their marriage. 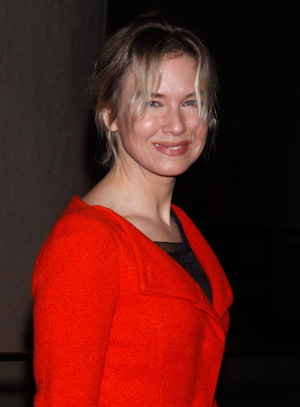 Normally tight-lipped actress Renee Zellweger has finally spoken out for the first time on her extremely short-lived marriage to country crooner Kenny Chesney.

Renee had the marriage annulled a mere 128 days after the private beachfront ceremony at Chesney’s Caribbean hideaway. Despite her earlier reticence to speak on the matter, she’s pulling no punches now, calling the marriage “the biggest personal mistake of my life.” Yeowch. In a tell-all interview with British Now, Renee explains,

“There was no alternative but to let it go. I made the biggest personal mistake of my life. I felt a fool. I was looking for something else. I just needed to put acting aside. I needed to sit still and not to worry about the dresses and the hair and the travel and the interviews. I was going through huge life changes at the time. I wanted to stop and be a girl for a while. My marriage came during this time and it was desperately important to me. I don’t want anyone to think I didn’t take it seriously.”

Come on Renee, we want some real dirt. Was he a jerk?

Not sure about that, but he certainly wasn’t appreciative when she invited some friends in need to stay at their house in the Hamptons for a bit. “There was no acceptance of my life or my friends,” she said. “My friend was pregnant, with her husband and young kid. She was doing up her house for the new baby.” And Kenny threw a snit about it. Maybe he was afraid they would find his collection of Barbara Streisand CDs and rainbow stickers.

Renee Zellweger and John Mayer: Are they dating?

Renee Zellweger refuses to get chubby for Bridget Jones 3