Well, Donald Trump’s 2024 presidential campaign just got a bit more interesting as there are reports one congressperson is ready to throw their name in the hat and become his running mate. It’s a curious development as the former president has been struggling to garner support from the Republican Party as they look for new leadership to run against the likely Democratic candidate, President Joe Biden.

According to NBC News sources, Marjorie Taylor Greene is interested in the job and former Donald Trump aide, Steve Bannon, thinks she is already working behind the scenes to make it happen. “This is no shrinking violet, she’s ambitious — she’s not shy about that, nor should she be,” Bannon described her. “She sees herself on the short list for Trump’s VP. Paraphrasing [the late journalist] Cokie Roberts, when MTG looks in the mirror she sees a potential president smiling back.”

While Democrats might want to scoff at this controversial pairing, Greene has been making chess moves behind the scenes to align herself as the bridge between moderate and far-right politicians within the GOP. (Look no further than her play to get Rep. Kevin McCarthy elected to the speaker of the House.) Bannon praised her, “She’s both strategic and disciplined — she made a power move, knowing it would run up hard against her most ardent crew. “She was prepared to take the intense heat/hatred short-term for the long-term goal of being a player.”

Her extreme rhetoric has found herself in hot water before, even getting her kicked off legislative committees in February 2021 for “conduct she has exhibited” that was not becoming of an elected official in Congress. However, with the Republicans in charge of the House, the mood has shifted, and Greene is seen as a powerful presence in the Republican Party. While Donald Trump hasn’t made any public moves to choose his 2024 running mate (we know it won’t be Mike Pence), Greene is making it very clear she wants the job. 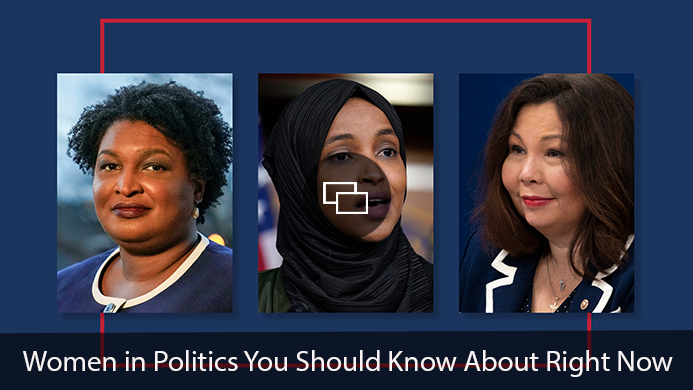