If you’re a good documentary director, you get fully immersed in the lives and experiences of those you’re capturing. Whether they’re filming penguins or a specific group of people, documentarians inherently live their lives, understand their experiences, and put themselves in their shoes. For Liz Garbus, the director of Prince Harry and Meghan Markle‘s Netflix docuseries Harry & Meghan, that couldn’t be more true.

Talking to Vanity Fair on Jan 24, the Oscar-nominated director discussed seeing how the couple really lives, and how the British press and the British Royal Family really treat them.

According to the outlet, the experience felt like “a surreal immersion exercise into the alleged palace mind games.”

“For instance, Buckingham Palace said that we didn’t reach out for comment [on the docuseries] when we did,” Garbus explained. “They did that to discredit us…and by discrediting us, they can discredit the content of the show.”

She continued, making a telling comparison. “We lived through some of those moments that were a little bit like Alice Through the Looking Glass,” she said.

Also in the interview, Garbus talked about the unfair media coverage surrounding Markle and Harry since the show’s release. Among the stories, of course, is the unbelievably hateful column by British TV host Jeremy Clarkson. “That was an extreme example of the kind of coverage they’ve been getting,” Garbus said. “I certainly lived through it a bit.”

As a part of the never-ending back-and-forth between them, the couple has since released a statement in response to Clarkson’s apology. “While a new public apology has been issued today by Mr. Clarkson, what remains to be addressed is his long-standing pattern of writing articles that spread hate rhetoric, dangerous conspiracy theories, and misogyny,” the statement read. “Unless each of his other pieces were also written ‘in a hurry,’ as he states, it is clear that this is not an isolated incident shared in haste, but rather a series of articles shared in hate.”

Indeed Markle and Harry have received an onslaught of hate and unfair judgment from all over the world but especially in the U.K. Though the docuseries was a way for them to tell their story, it looks like their troubles are far from over.

Before you go, click here to see the 8 compelling & heartbreaking details we learned about Princess Diana from Meghan & Harry’s docuseries. 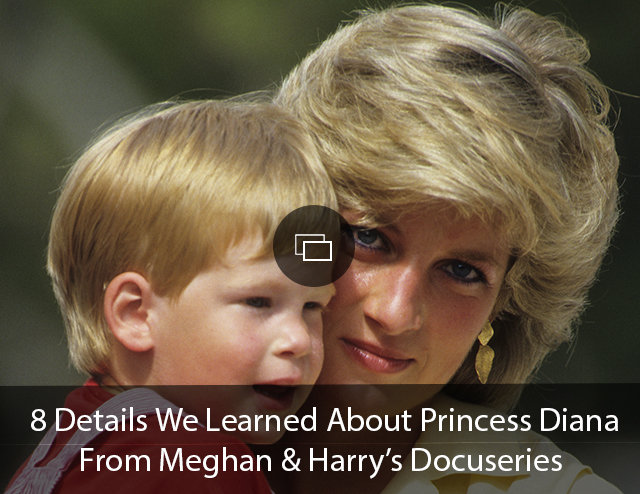