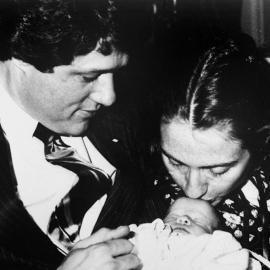 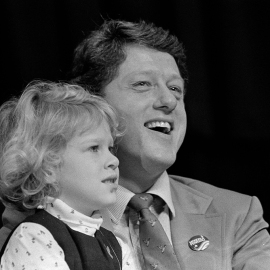 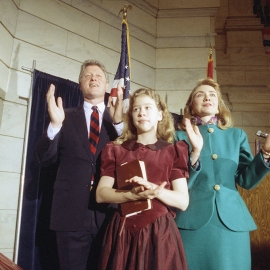 It’s hard to believe that a quarter century has gone by since Bill Clinton’s scandal was revealed — notice it’s the former president’s issue, not Monica Lewinsky’s. That’s one of the narratives that has shifted since the public learned of Bill Clinton’s affair with the White House intern on January 21, 1998.

In a new piece for Vanity Fair, Lewinsky reflected on what she’s “come to understand in the 25 years since” America learned about her “long-running relationship” with Bill Clinton. While some her bullet points offer wise advice like, “Choose your friends carefully” (a thinly veiled jab about frenemy Linda Tripp), it’s her thoughts on the “blame-the-woman mindset” that probably resonates the most with Lewinsky.

She noted that the press put a label on her from the beginning with “the Lewinsky Scandal” and “the Lewinsky Affair” when it really was Bill Clinton’s cross to bear. He was in a position of power, he was older than her (Bill Clinton was 49 years old and Lewinsky was 22 when it began), and he not only had an obligation to his wife, Hillary Clinton, but he also had a responsibility to the Americans who confidently voted him into the Oval Office. She’s relieved the “overheated trope” finally subsided and that “the culture and the media adapted.”

Society learned its lesson and rebranded “the whole narrative as ‘the Clinton Scandal’ or ‘the Clinton Impeachment’ or other taglines that were more in keeping with the original power dynamics.” That doesn’t mean everyone has moved on, though, Lewinsky called out Wikipedia for still falling for an antiquated (and sexist) label for what happened to her in 1998. Lewinsky is still hopeful, writing, “Yes, I’m still lobbed in there on Wikipedia…but there’s time.”