We’re only a little bit of the way through the 80th annual Golden Globe Awards, and this is already one of the most memorable we’ve seen in the past 20 years! Not only have there been some insane red carpet moments (yes, we’re talking about Jessica Chastain’s spider-like dress!) but there’s already been some history-making award moments. Not only has Angela Bassett won big, but so has Quinta Brunson and Tyler James Williams!

Abbott Elementary has seriously won big tonight, with both Quinta Brunson winning for Best Television Actress in a Music/ Comedy and Tyler James Williams winning for Best Actor in a Television Series. Of course, everyone was in a frenzy when they won, and to celebrate their wins: they had a super-sweet, adorable hug moment that everyone on Twitter is freaking out about right now.

In case you missed it, a Twitter user with the name @meag_darwish tweeted the photo of the two tearfully hugging with the caption, “Ladies and gentlemen, them. #GoldenGlobes #AbbottElementary.”

This single photo just made our hearts explode, making us feel every emotion there is! So many Twitter users have been reposting the photo with heart-eye emojis, heart emojis, and comments like “That look they gave each other when he said her name choked me the fuck up.” (If you didn’t tear up seeing this live, then you’re 100 percent lying!)

The comedic mockumentary Abbott Elementary follows a group of teachers at a poorly-funded elementary school called Abbott Elementary. It stars Brunsen as the ever-so-positive Janine Teagues, along with Williams playing level-headed Gregory Eddie.

Before you go, click here to see the best-dressed at this year’s Golden Globes below: 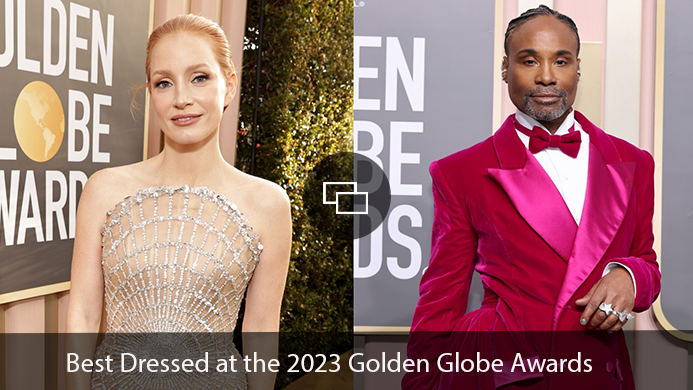