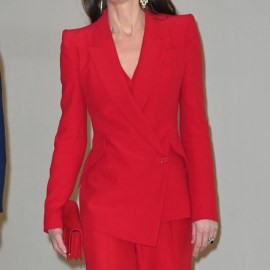 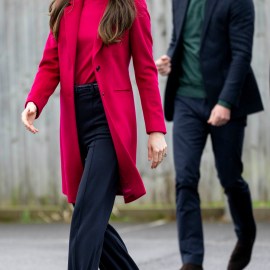 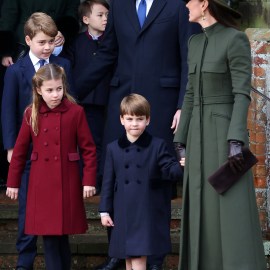 There’s one thing Prince Harry has made clear when he left his senior role in the royal family: he did it to protect his wife, Meghan Markle. It’s no secret that the women bear the brunt of the spotlight in the royal family, and now, it seems that Kate Middleton is now shouldering much of the burden.

With all of the “tumult and change” at the palace in the last few years, royal expert Daniela Elser believes it is Kate Middleton who “will end up paying the price” for these major shifts, per her news.com.au article. With a slimmed down monarchy, the mom of three will be expected to pick up more public engagements as time goes on. And as much as King Charles III hates that she garners more of the attention, Kate is the star at the palace — from her fashions to those caught-on-video moments with her kids — that’s who the royal fans care about.

With Queen Elizabeth, Meghan and Harry, and Prince Andrew’s royal patronages now being split up amongst a smaller roster, the Princess of Wales is going to be asked to do more than her fair share in the coming years. Elser noted that the senior royals are going to be “stretched ever thinner” because the number of patronages has not decreased, but the number of available family members has. “This aging, reduced working royal family will be expected to shoulder the same sort of workload – all the shaking of hands and planting commemorative trees – as they always have,” she wrote. “After all, the British people expect value for the $157 million they shell out annually by virtue of the Sovereign Grant.”

That means the palace will likely turn to their superstar to do “the heavy lifting” in “upholding the royal brand” at a time when the family has been in a constant state of turmoil. Charles probably doesn’t want to admit it, but Kate is “the palace’s biggest asset” and he might have to let her share the spotlight if he wants the strength of the monarchy to continue.

Related story Kate Middleton Knows the Key to Nurturing Kids‘ Mental Health: ’It's Not About the Number of Toys They've Got'