Despite being one of the biggest stars in the past few decades, Catherine Zeta-Jones knows how to keep her personal life private, especially when it comes to her two children (who are often praised for being so down-to-Earth despite having two superstar parents!)

In a recent interview with Parade on her newest project (the National Treasure series on Disney+), the Oscar-winning actress talked about everything from her work, her husband Michael Douglas, and her two children. However, she also took the chance to subtly answer a question that’s been burning on everyone’s minds: will she and Douglas’ kids become actors?

And the answer is that both Dylan and Carys are very open to the possibility, but it’s not their only passion right now. Zeta-Jones exclaimed, “They’d love to join the [acting] business! My son has done theater production since high school. They’ve both been to drama camp. But they also love learning and are history buffs.”

However, the Wednesday star also took the opportunity to address her kid’s other activities and education, informing fans on what’s been happening behind the scenes. “My son graduated from Brown University this year and he studied political science. He’s doing internships and working on political PACs,” she started. “My daughter is currently studying foreign relations and diplomacy at school. They got their brains from me, though my husband likes to differ.”

Only time will tell if their kids end up joining the spotlight, or working to bring political change. Either way, we’re so excited to see what happens! 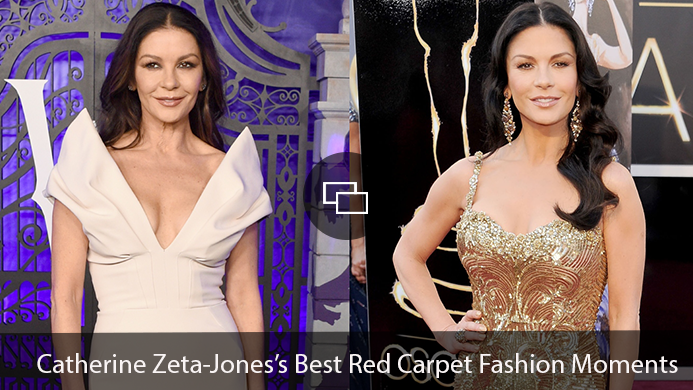