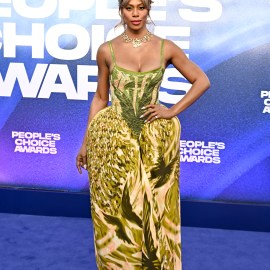 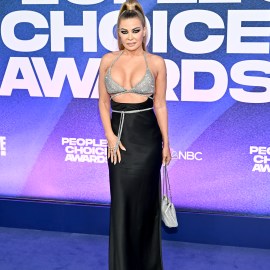 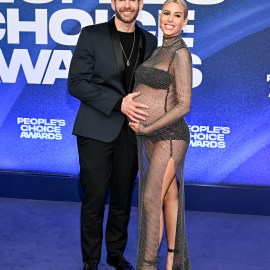 Shania Twain is a music legend, and she knows it. Like most icons out there, some looks they’ve worn over the years make history and stand the test of time. For Twain, one of her most iconic looks was her full leopard-print look from the 1998 “That Don’t Impress Me Much” music video. Knowing that all too well, the country singer recreated the look at Tuesday night’s 2022 People’s Choice Awards.

In the new look, which took a much sexier approach, Twain, who performed and received a People’s Icon Award at the event, wore a custom Rodarte dress that featured the iconic leopard-print hood, sheer sleeves and a matching midriff panel that showed off her abs and connected to the black velvet skirt.

In addition to her wild look, Twain also changed up her hairstyle and dyed it bubblegum-pink. So fun!

Talking to Elle earlier this year, Twain shared what the look (and leopard-print as whole) meant to her. “Some people say ‘white is my neutral’ or ‘black is my neutral.’ For me, leopard print is my neutral,” she told the outlet. “When I first started shooting music videos at the very beginning of my career, I would gravitate to all the leopard print options on the rack during the styling process. I just felt like it was the no-fail neutral that I could wear with anything.”

She continued, “You can dress it up, you can dress it down. It is a staple print because you can put leopard on velvet or chiffon or sheer or silk. Anything. It’s hyper flexible.”

As for the music video look, Twain said the look was a “collaborative process” between her and fashion designer Marc Bouwer in the 1998. According to Twain, the look came together when they got inspired by a fabric in Bouwer’s showroom.

“It was a stretch velvet,” she revealed as to what made the fabric stand out, “I fell in love with the way it moved.” She continued, “When you’re running around and dancing and jumping and doing quick changes, your outfit has got to be durable. I never want to feel restricted when I’m performing. So it starts with comfort. It always does with me. Whatever I’m going to wear on stage, it has to be comfortable.”

She recalled, “So I said to Marc, ‘Let’s go with midriff—oh, and I like a flare leg.'” She added, “I knew we were going to be shooting out in the desert, so I needed to be comfortable for 12 hours standing on my feet. That meant platforms and layers so that I could take my jacket off to cool down.”

From 1998 to now, it’s safe to say Twain still knows how to rock some leopard-print. We’ll be looking forward to seeing her own the print for many years to come!