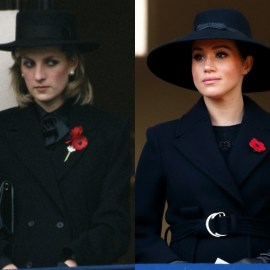 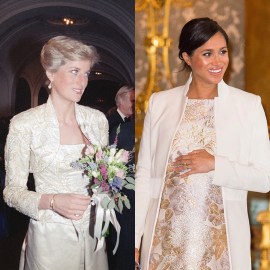 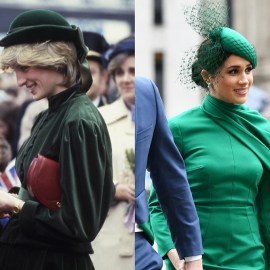 Regardless of the many feuds and strained relationships, Meghan Markle and Prince Harry are still keeping one royal member, the late Princess Diana, always in their thoughts. On Tuesday night, Dec 6, the couple attended the Robert F. Kennedy Ripple of Hope Award Gala in New York City where Markle wore a special piece of jewelry to remember her late mother-in-law.

At the event, the Archetypes podcast host wore a white off-the-shoulder dress with long sleeves, black accessories and a large, emerald-cut, aquamarine ring that once belonged to Diana, Today reported. Prior to its New York appearance, Markle had worn the ring once before: on her second wedding look back in 2018.

Alongside his wife, Harry wore a classic black suit and black tie. Talk about a royal fashion moment!

The parents of two made an appearance at the event as they were honored with the Ripple of Hope Award for their work in racial justice, mental health and social impact through their Archewell Foundation.

Before you go, click here to see Meghan Markle’s best fashion moments as a royal.