Caroline Kennedy’s youngest child Jack Schlossberg certainly is carrying on those good-looking genes. The 29-year-old lawyer looks so much like his late uncle, John F. Kennedy Jr., there is definitely a strong family resemblance (including that great head of hair).

Schlossberg greeted Prince William upon his arrival at the John F. Kennedy Presidential Library and Museum in Boston on Friday alongside his mother and sister, Tatiana Schlossberg. Wearing a black suit with a black-and-green striped tie, he struck a formal pose while speaking with the Prince of Wales.

The visit was an important one for both families because it was President John F. Kennedy’s “Moonshot” program to land a man on the moon before the end of the 1960s decade that inspired William’s Earthshot Prize Awards. Caroline praised the royal’s initiative in a press statement, “It is a great tribute to President Kennedy that The Earthshot Prize has been inspired by his moonshot to take on the most important challenge we face today – repairing the planet.”

It’s also fitting that the Kennedy family is often viewed as American royalty, so the two powerhouse families are teaming up together. It’s also a good way for Jack to test the waters for a future political career — something his late uncle never lived to fulfill — and carry on the Kennedy legacy for another generation.

Before you go, click here to see photos of JFK and Jackie O.’s grown-up grandkids. 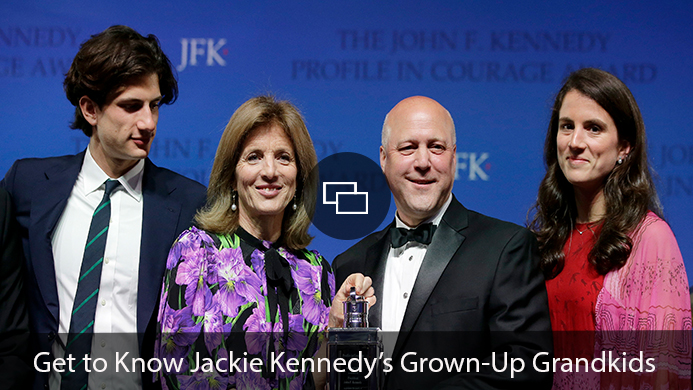