It’s hard to believe that the slap heard around the world was only eight months ago, but Will Smith is revisiting that night at the Oscars because he has another movie to promote. The 54-year-old actor is having to answer some difficult questions about why he reacted in such a negative way, not only to his fans, but also to his nine-year-old nephew.

Calling it a “horrific night” on The Daily Show With Trevor Noah, Smith noted that the answer for his actions has “many nuances and complexities to it.” He admitted, “I was going through something that night, you know? Not that that justifies my behavior at all… It was a lot of things. It was the little boy that watched his father beat up his mother, you know? All of that just bubbled up in that moment. That is not who I want to be.”

The hardest part was explaining what should have been one of the greatest nights of Smith’s life to his nephew, whom he called “the sweetest little boy.” The King Richard star shared, “We came home. He had stayed up late to see his uncle Will and we are sitting in my kitchen, and he is on my lap, and he is holding the Oscar and he is just like, ‘Why did you hit that man, Uncle Will?'” That gut-wrenching moment hit Smith hard because he know his nephew wanted answers — and he didn’t necessarily have time to process what he did since it had only happened hours before. “Damn it,” Smith added, “Why are you trying to Oprah me?”

Smith has done his best to apologize to everyone involved, including the recipient of that slap, Chris Rock — who isn’t interested in talking with him right now. He revealed, “I was gone. That was a rage that had been bottled for a really long time.” While his family has likely forgiven him, Smith’s next test will be at the box office to see if fans are ready for his comeback in Emancipation. 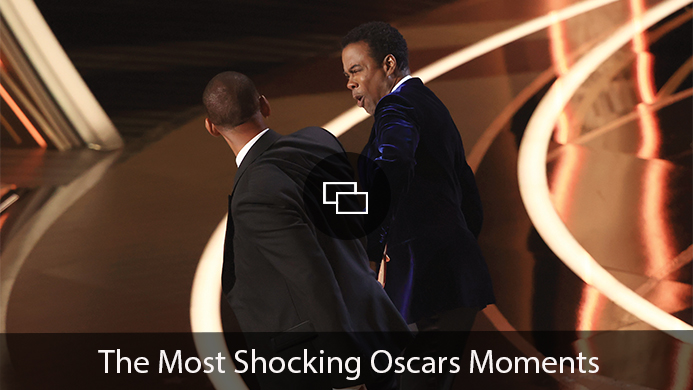