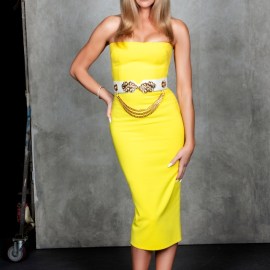 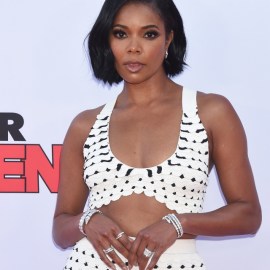 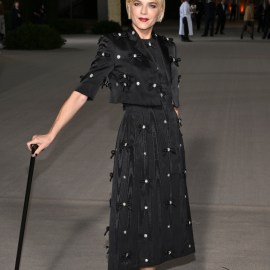 We’ve seen some Baywatch stars, both from the original show and the new movie, rock some show-stopping bikinis. However, we’ve been seeing a lot of them rock bikinis of their own lately, showing off their glowing skin and curves in real life. The most recent Baywatch alum to make everyone do a double take with a sexy bikini snapshot is Donna D’Errico.

On Sept 29, D’Errico uploaded a photo of herself in her backyard with a bikini, with the caption, “The LA heat wave continues. 102°! I have a linktree in my bio with several links in it. Check them out if you like. Some people have told me the link isn’t visible. Let me know if you can’t see it. Have a merry Wednesday and keep cool and praying for those affected by the hurricane.”

In the photo, we see D’Errico rocking a metallic, drawstring bikini in her lush backyard. She looks absolutely incredible in her bikini, which shows off her curves and glowing skin. Lately, the Baywatch alum has been posting more bikini photos in response to some trolls, and we absolutely love her clapback for people calling the 54-year-old glowing goddess “too old” to rock a bikini.

She said in her Instagram story, “Quite a few women complained about the 4th of July video I posted in a red white & blue bikini because they thought I was ‘classier than that’ and ‘too old to wear a bikini’ and, my favorite, ‘desperate,’” she said. “Let me tell you something that might surprise you. I can actually wear and do literally whatever I want.”