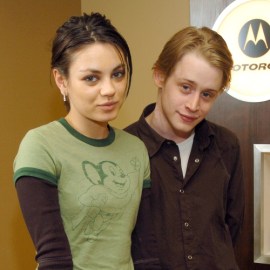 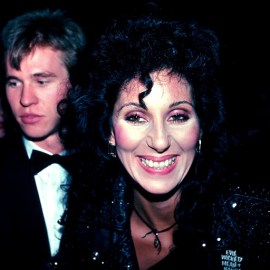 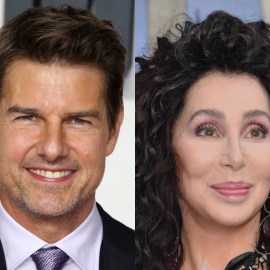 Hollywood is on alert after a possible new couple is on the radar: Dua Lipa and Trevor Noah. The unexpected duo was spotted dining together in New York City on Wednesday night at a place that is not a celebrity hotspot — so they were likely looking for some privacy.

Lipa and Noah kept it casual for the date — she was wearing jeans paired with a black top and a black leather jacket while The Daily Show host wore a black shirt and pants with an oversized army-green jacket on top. (See the photos HERE.) The date apparently went very well, and sparks flew at the end of the evening because a fellow diner caught their interactions during the meal and their farewell on the sidewalk. “They were quietly sat away from everyone else at restaurant. It was clear they were into each other and sat close together throughout the meal,” the source shared with the Daily Mail. “They left together and walked, stopping for long embraces and on the second kiss with hugs.” Well, that certainly sounds like a successful date!

The 27-year-old singer has been single for almost a year after dating model Anwar Hadid — yes, Bella and Gigi Hadid’s younger brother. They had an on-again, off-again relationship that wrapped up in December 2021. Noah has been single since May after he and actress Minka Kelly called it quits on their pandemic relationship. They were one of those Hollywood pairs that quarantined together when the world went into lockdown, but that shared experience wasn’t enough for the two of them to go the distance.

After seven years, Noah announced on Thursday that he’s exiting The Daily Show to focus on his standup comedy work. While there’s no official departure date just yet, perhaps the move will give him a little more room for a personal life — and maybe that’s where Lipa will fit right in with their blossoming romance.