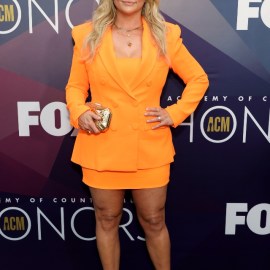 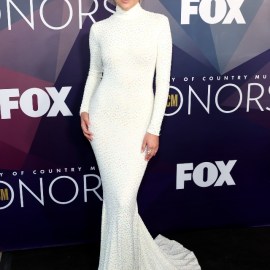 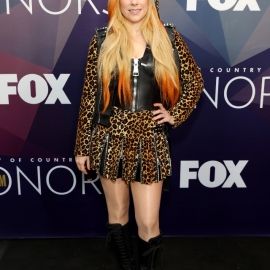 Shania Twain is 57 years old and feeling fabulous — so fabulous that she decided to celebrate her latest music video, “Waking Up Dreaming,” with a few topless snapshots. It’s her way of letting fans know she loves this season in her life.

The beautiful thing about Twain’s gorgeous new photos, with her shiny white skirt, pink-swirl cowboy boots, and hat (nothing else), is that the idea was all hers. (See the photos HERE.) “I styled that photograph myself. It was all about taking off the bra, taking off the shirt, tying the shirt around my waist,” she admitted to The Sun. She wants everyone to understand that “this is a statement of being comfortable in my own skin and just being really myself.”

The “Still the One” singer is not interested in listening to the critics who have a problem with nude photos, especially from a woman over 50. Twain has no time to even give them space in her life. “You have to be strong,” she explained. “I never really get angry with criticism. You can’t please everybody, that’s normal.” It’s her refreshing attitude that also keeps her a fan favorite for multiple generations — just ask Harry Styles, who convinced her to sing with him at Coachella in April.

The musical duo went “back and forth” via text before she finally gave in to his pleas and she’s very glad she did. “There was no big production about it, and it ended up being such an enormous, lasting moment for all of us,” Twain shared. For the music superstar, Twain’s success has no limits.

Before you go, click here for more documentaries about strong women in music.