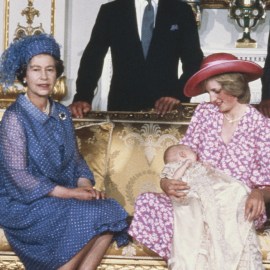 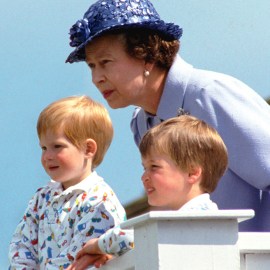 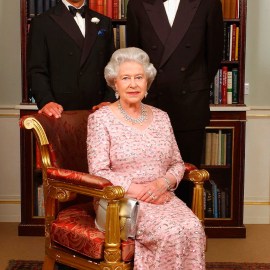 The tax-funded ceremony comes at a time when inflation in Britain is at 10 percent and citizens are struggling to make ends meet, thanks in large part to soaring energy and gas prices. No official cost of the procession has been announced by the British government, but it’s set to be an expensive affair. Many are calling out the exorbitant costs, especially as British citizens face the threat of another recession.

Unlike ceremonial funerals, like the ones held for Princess Diana in 1997 and the Queen Mother in 2002, state funerals are funded by (as the name suggests) the state. Princess Di’s funeral cost the equivalent of around $11 million, or between £3 and £5 million pounds at the time. The Queen Mother’s cost around $9 million (£5.4 million), with the majority of that money spent on security. According to The New York Times, the British government will provide specifics costs “in due course.”

The Royal Firm has a net worth of $28 billion, none of which will be touched to cover Queen Elizabeth II’s funeral expenses.

It’s not just the fact that tax money pays for a bulk of Queen Elizabeth II’s state funeral expenses that is causing financial distress for British citizens. Many businesses in the U.K. will be closed during the state funeral on Monday, which could compound economic stress for many. Banks are set to be on official holiday, professional sports teams are postponing games, and even trade unions have called off official strikes. Economists are predicting that Britain’s September GDP will drop 0.2 percent due to the bank holiday.

Wimbledon Food Bank also announced that it will be closed on the day of the queen’s funeral, which quickly drew ire online. Other food banks followed suit, noting that they are typically closed on bank holidays as it is. Many critics understandably were appalled at how the state can pour millions into a funeral for a billionaire family whose fortune comes from a history of violent imperialism but leave its most vulnerable citizens to fend for themselves.

Piers Morgan, who famously uses clickbait and troll tactics, quote-tweeted the NYT article calling out funeral costs: “Oh shut up, you clowns. You have no understanding about how we Brits feel about our great Queen, or you’d stop click-baiting all this negative garbage.”

People are allowed to mourn their queen, but the Royal Firm expecting taxpaying citizens to quietly foot the bill for the Queen’s state funeral is another thing entirely.