While it seems like every A-lister was at the FENDI show on Sept 9, we’re honestly so obsessed with Kim Kardashian‘s new mom group consisting of her, La La Anthony, Sarah Jessica Parker, and Naomi Watts!

At the FENDI anniversary show of the iconic baguette bag for NYFW, we just got the unexpected mom group we didn’t know we needed until now. Photo service BFA uploaded an adorable photo of Kardashian, Anthony, Parker, and Watts with the caption, “@fendi 25th anniversary of the baguette. 📸 : Billy Farrell/BFA.com/ 💻 : Aidan McLellan/BFA.com.”

In the photo, we see the new mom squad smiling from ear to ear and holding up their FENDI baguette bags, and we’re dying to see this group hang out more! From their impeccable fashion sense to the obvious friendly body language, we can tell this group had the time of their lives at the show.

This was Fendi’s first time showing at New York Fashion Week instead of its usual appearance at Milan Fashion Week, so of course, they decided to have a big event for their NYFW debut! Now, Kardashian is always seen in the front row of a bunch of fashion shows, but Parker made a rare appearance, giving a nod to her character Carrie Bradshaw’s favorite type of bag on the show Sex and the City.

The FENDI show was a huge event, with not only these celebrity mamas making an appearance but also a mini-model reunion backstage with Kate Moss, Christy Turlington, Shalom Harlow, and Amber Valletta, with a bunch of A-listers also showing up to see the iconic FENDI show.

And we can’t wait to see what more will come of the upcoming fashion week shows!

Before you go, click here to see all of the celebrity moms who went to Fashion Week in 2022: 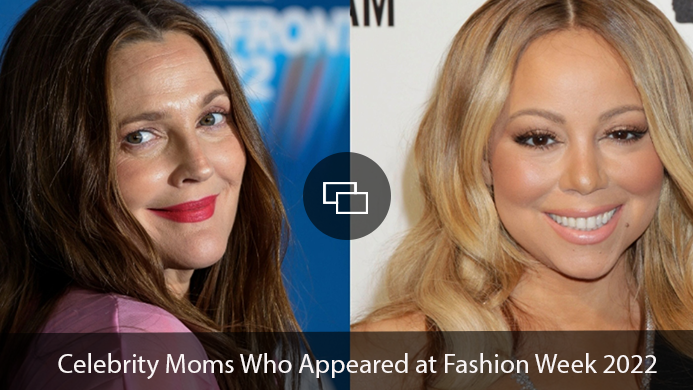