Tom Brady recently took off 11 days from preseason training due to personal reasons, and now sources are alleging that there might be trouble in paradise with wife Gisele Bündchen. It seems that the athlete’s decision to un-retire might be the reason, too.

“Tom and Gisele are in a fight right now,” a Page Six source revealed. The couple is known to have “a fiery relationship,” but this might be their biggest argument ever. A second insider added, “There’s been trouble in the marriage over his decision to un-retire. Gisele has always been the one with the kids.” The couple has been open about the sacrifices they have made as a family for Brady’s NFL career and maybe the supermodel finally felt relief coming when he announced his retirement. However, his about-face decision only 40 days later could certainly bring about tension in a marriage if it wasn’t mutually agreed upon.

Bündchen has reportedly left their home in Tampa, Florida and retreated to their estate in Costa Rica. Brady addressed his absence upon his return at a rather awkward press conference. “It’s all personal … everyone’s got different situations they’re dealing with,” he explained. “We all have really unique challenges to our life. I’m 45 years old, man. There’s a lot of s**t going on.”

The couple hasn’t specifically addressed the current marital rumors (and they shouldn’t have to), but it does show how all-consuming an elite athlete’s career is — and how it affects everyone at home. Bündchen put her own career on the back burner so Brady could thrive, but it’s possible that his decision to compete for at least one more season might have been the couple’s breaking point. 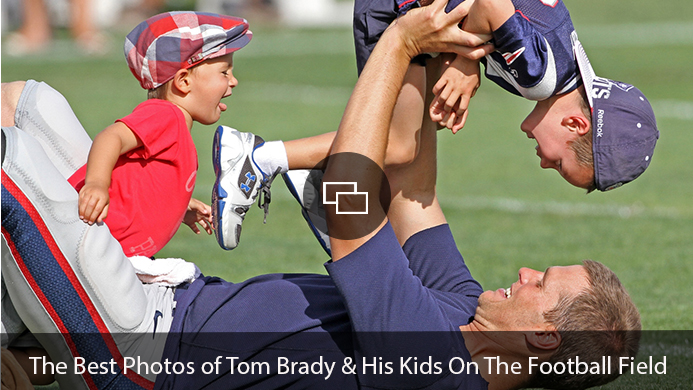