Linda Evangelista has been quite frank about her Coolsculpting fat-freezing procedure that didn’t go as planned. After suing the parent company, Zeltiq Aesthetics, and settling the lawsuit for leaving her “permanently deformed,” the supermodel is getting back to work — with a caveat about what she really looks like.

The 57-year-old model is on the cover of British Vogue looking fabulous, but reminding everyone that there was some magic behind the scenes to getting her face to look that way. “That’s not my jaw and neck in real life – and I can’t walk around with tape and elastics everywhere,” she revealed. Her makeup artist Pat McGrath had to use contour and face tape to make her look like herself again — and she wears scarves and hats to help cover up the issues that the Coolsculpting procedure reportedly caused.

Linda Evangelista's cosmetic procedure story is a powerful one. https://t.co/L6fqfQYRKQ

Evangelista was diagnosed with paradoxical adipose hyperplasia, a rare side effect that increases and hardens the fat cells, instead of decreasing them, which was the desired result. The areas hardened and now protrude, which left her “unrecognizable.” She wants her situation to be a warning call for everyone considering any type of elective surgery. “If I had known side effects may include losing your livelihood and you’ll end up so depressed that you hate yourself…” she said. “I wouldn’t have taken that risk.”

Sadly, she has attempted other corrective methods to fix the results of the Coolsculpting process, including liposuction, but nothing has worked so far — and it’s taken a toll on her mental health. “I was so embarrassed, I’d just spent all this money and the only way I could think of to fix it was zero calories, and so I just drank water. Or sometimes I would have a stick of celery or one apple,” she explained. “I was losing my mind.” Evangelista is no longer interested in hiding away from the public nor feeling any shame for making a personal decision to have the procedure, but she hopes to educate her fans on what happens when things don’t go as planned.

Before you go, click here to see celebrity women who have had their breast implants removed. 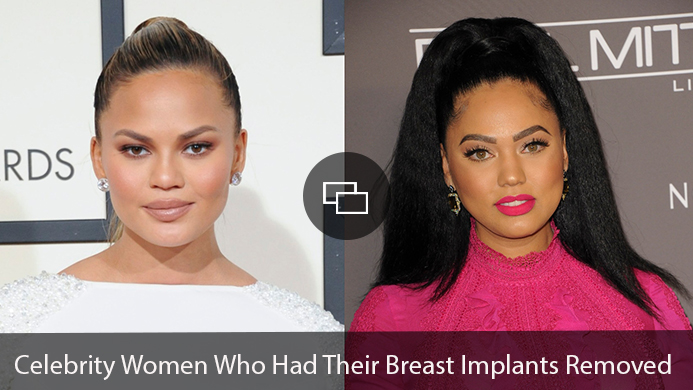