Martha Stewart just turned 81 on Aug. 3, but she isn’t interested in slowing down one bit — and don’t you dare mention the “R” word to her. Retirement just doesn’t fit into her busy schedule, especially since she just opened a restaurant in Las Vegas.

The Bedford at Paris Las Vegas is where her fans can now dine like the lifestyle guru in a perfectly curated replica of her dining room at her beloved New York estate. Stewart has been successful for decades, so it feels odd that she waited until now to open her first eatery, but of course, the stylish TV personality has an answer for that. Calling it “a rather strange time for me [to do this,” she told Hollywood Life that all of the puzzle pieces fell into the right place when she least expected it.

“When most people my age are retiring, I embark on a restaurant of all things,” she continued, “I’ve always wanted a restaurant, and this opportunity I couldn’t pass down. I just love the idea.” That means diners will get to experience her farmhouse elegance filled with touches of crystal, framed digital pictures of her Bedford landscaping that change from season to season, and delicious food, including smashed potatoes and roast chicken.

In addition to her fulfilling professional career, Stewart is also busy posting sizzling thirst traps for her social media audience. She even had to address the rumor that she and Pete Davidson might be the latest hot Hollywood couple. It’s tough to be in-demand when you are Martha Stewart, but she handles her success quite gracefully — and we love that she’s still a sex symbol.

Before you go, click here to see Martha Stewart’s life and career in photos. 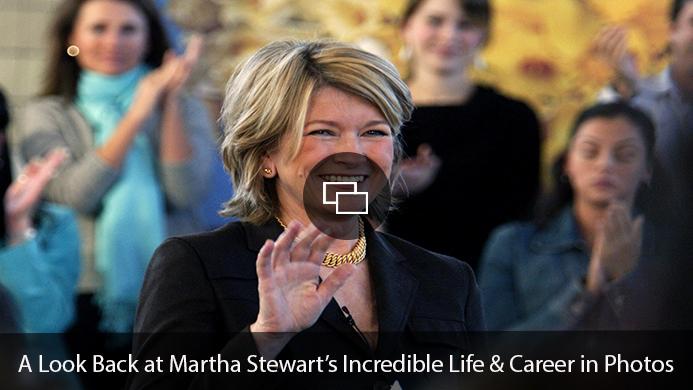