Mariah Carey’s luxurious international summer trip took a sour turn after her Atlanta home was burglarized while she was gone.

The Vision of Love singer jetted off in July with her boyfriend Bryan Tanaka and her twins Monroe and Moroccan. According to Page Six, the group was in Capri, Italy, and then the Hamptons during the time her home was broken into.

The police have confirmed the break-in but have not yet revealed if or what was stolen from the house. “This is still an open investigation, the information may be limited,” they noted.

The event, which occurred on July 27, took place two days after Carey posted photos of her away from her Georgia residence. The 53-year-old took to Instagram to thank Real Estate company Nest Seekers for helping her to find her Hamptons property. The social media post read “Out East for the week, soaking it all in.”

While it is not confirmed that the events are connected, the news of the break-in comes just after reports of multiple violent home invasions targeting celebrities across Atlanta last month. One of the victims was Real Housewives of Atlanta star, Marlo Hampton who reported that armed, masked men kicked down her door while she was at home with her teenage nephew. Hampton and her family were unharmed.

In an interview with WSB-TV, Hampton warned about the dangers of posting on social media. “My main concern is, I want all the ladies — I want everyone — to be aware if you are posting items. If you do have luxury items, be careful.”

While the event surely frazzled Carey and her family, she has not yet publicly commented on the situation.

Before you go, check out our gallery on which celebrities have suffered terrifying home invasions below. 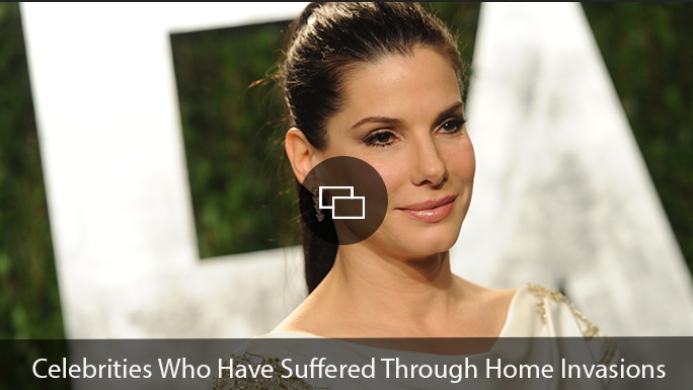