Keanu Reeves and girlfriend Alexandra Grant made the cutest couple on their recent outing in New York City. The duo, who prefers to keep a low profile out of the press and away from prying eyes, shared a date night that included shopping on Fifth Avenue and a bite to eat after.

The best part of their Thursday outing was how stylish Reeves and Grant looked while spending quality time together. (See the photos HERE.) The 57-year-old actor wore a navy-blue suit paired with a black V-neck T-shirt and heavy brown boots — and of course, his handsome scruffy hair and beard. Grant looked chic in a sleeveless black shirt, hot pink pants, and black flats. The duo strolled hand-in-hand, never letting go of each other while they maneuvered through the busy streets of Manhattan.

Alexandra Grant is bringing her own style to the red carpet. 👏👏👏 https://t.co/ty4tmxbntH

The couple of four years first made their red-carpet appearance in 2019, but they keep those moments rare — and for good reason. Grant revealed in 2020 what it was like for her when the world found out she was dating Reeves, and it took a lot of adjustment to be in the public eye. “I think every single person I knew called me in the first week of November, and that’s fascinating,” she told British Vogue. “But the question I’ve been asking in all of this is: ‘What is the opportunity for good?’” As an artist, the 49-year-old artist is used to working alone in a studio and being more introspective about her work. Dating Reeves certainly brought a lot of unexpected scrutiny to her life.

However, the couple seems to manage it well by keeping their private life off the radar as much as possible. It’s a strategy that probably helps keep their sanity as a Hollywood couple, but it also allows them to offer a few sweet glimpses into their lives behind the scenes, which fans are always clamoring for.

Before you go, click here to see all the celebrity women who showed off their natural gray hair on the red carpet. 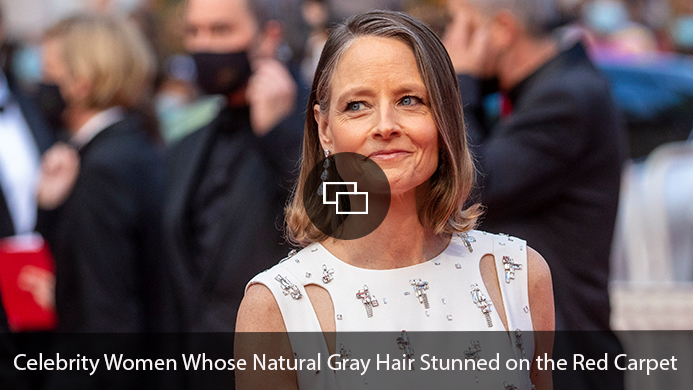