It was a Presley family reunion for Riley Keough, Lisa Marie Presley, and Priscilla Presley, who showed up to support the Graceland premiere of Elvis in Memphis, Tennessee. The biopic ,starring Austin Butler in the titular role, has the stamp of approval from the entire Presley clan.

Keough marked the special event by sharing photos of the screening with her Instagram followers. (See the photo HERE.) She proudly looked at her mom and grandmother as all three women showed up in coordinating black outfits. The 33-year-old lookalike granddaughter of the King wrote, “We’re so thrilled to be in Memphis with @elvismovie and with all of the wonderful performers, @austinbutler @olivia_dejonge@kelvharrjr and Tom Hanks have all done outstanding work. Thank you to @bazluhrmann for bringing the film to Graceland. It’s been such a special weekend, I couldn’t think of a better place to Premiere ELVIS in America.”

Lisa Marie, who has been quiet on social media after the death of her son, Benjamin, shared her thoughts about the film of her dad’s life on May 14, calling it “nothing short of spectacular” and “absolutely exquisite.” She went on to praise Butler for his performance that “channeled and embodied my father’s heart and soul beautifully” and in a way that was “FINALLY done accurately and respectfully.” Elvis’s daughter even goes on to say that if Butler doesn’t get an Oscar nomination, she will “eat my own foot, haha” — hopefully, an Oscar nod, not a foot nosh is on the way.

Elvis’ ex-wife Priscilla has never shied away from being at the forefront of preserving his legacy for generations of fans to enjoy, and she’s made sure to include her daughter and grandkids in the process. The way they are embracing Baz Luhrmann’s film also shows how proud they are of their family member’s story and the joy he continues to bring to people all over the world.

Before you go, click here to see inside the famous Presley family. 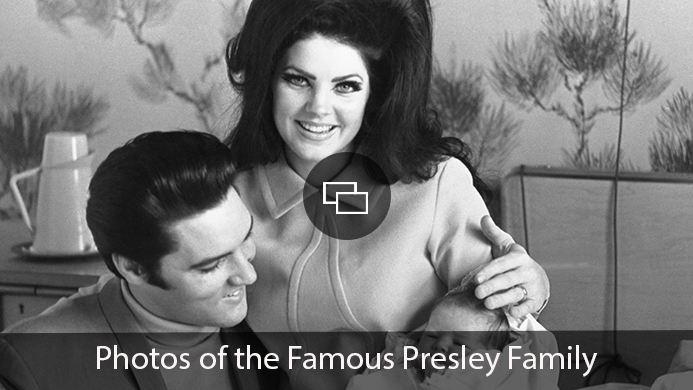