In the wake of the Uvalde, Texas tragedy, Matthew McConaughey is done playing nice with politicians on both sides of the fence. He’s tired of the lawmakers placing party affiliations over the price of Americans’ lives, so he took his pleas to the White House on Tuesday in an emotional speech about gun responsibility laws.

This fight for McConaughey is personal since he grew up in the small town of Uvalde, and he and wife Camila Alves have been active in raising funds and supporting his community after the mass shooting. He stood before the press on Tuesday and called on politicians to do the right thing for once. “We got to get some real courage and honor our mortal obligations instead of our party affiliations and enough with the counterpunching,” he said from the podium. “We can’t truly be leaders if we’re only live in for reelection.” He told the politicians to “look in the mirror” and to rise “above politics” where they are only serving their party and start representing the people of the United States.

‘We need to restore our family values. We need to restore our American values. And we need responsible gun ownership,” he added while mentioning that this is “a non-partisan issue” that needs to be dealt with immediately. “There is not a Democratic or Republican value in one single act of the shooters. There is not. But people in power have failed to act,” McConaughey continued. “We are asking you; I’m asking you, will you please ask yourselves, can both sides rise above? Can both sides see beyond the political problem at hand and admit that we have a life preservation problem on our hands?”

During his nearly 20-minute speech, the 52-year-old actor got emotional while talking about the victims at Robb Elementary School. He brushed away tears at times because he’s been personally touched by the families talking about the loved ones they lost. “Every one of these parents want their children’s dreams to live on,” McConaughey shared. “They want their children’s dream to continue to accomplish something after they are gone. They want to make their loss of life matter.”

Before you go, click here to see more celebs who’ve been to the White House. 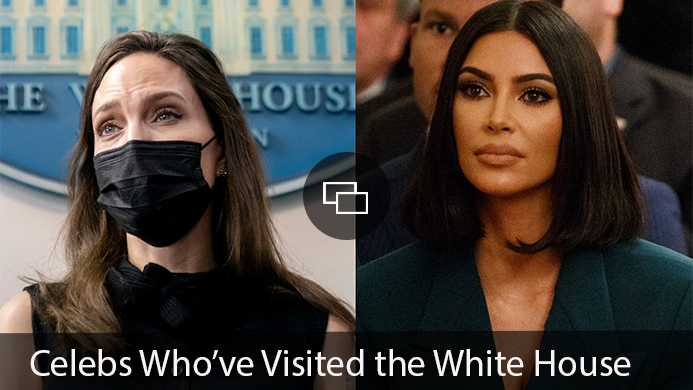