Like mother, like son! Madonna’s 16-year-old son David Banda is turning into quite the fashionista, just like his mama. The dynamic duo was spotted out at a boxing match on Saturday night in New York City, and his outfit sure looked familiar.

For any eagle-eyed fan, they know that David’s red and white-striped dress, an upcoming collaboration between Adidas and Gucci, was inspired by a similar dress his mom wore to the 1993 premiere of Sleepless in Seattle. Calling it a “past-meets-present moment” on their Instagram page, Gucci was excited to see that David’s outfit drew so much attention since the collection doesn’t drop until June 7.

David isn’t the only one in Madonna’s family who feels free to defy beauty and gender norms, his older sister Lourdes Leon, 25, has also been a big part of rewriting the rules. An April campaign for Calvin Klein had the model showing off her armpit hair while wearing a pair of boxers that are traditionally seen in the men’s section of a clothing store. The pop star’s children are here to tell you that people should wear what makes them feel comfortable — there’s no need to adhere to societal gender expectations when it comes to clothing.

This really isn’t a surprise that Madonna instilled this idea in her family, she’s been marching to the beat of her own drum since she first stepped into the music scene in the early 1980s. It’s exciting to see David thrive in the spotlight because he’s certainly not shying away from pushing boundaries and honoring his iconic mom. 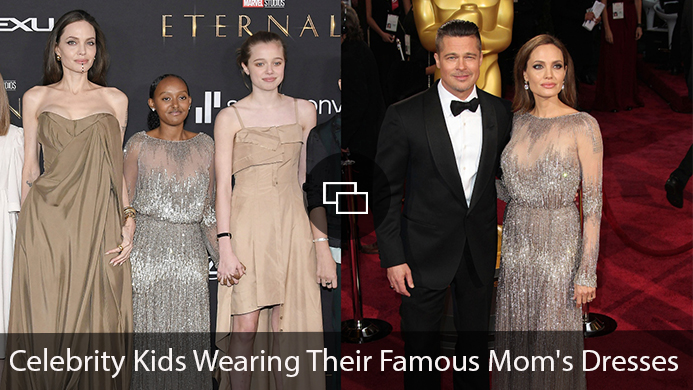