It’s been nearly 30 years since the gates of Jurassic Park officially opened with Steven Spielberg’s beloved blockbuster hit. After decades and a series of new movies, the original stars, including Jeff Goldblum, Laura Dern, and Sam Neill, are back together with the latest cast of characters for Jurassic World: Dominion. While prepping for the upcoming film’s release, the original cast had the opportunity to reflect on the movie that started it all, and you might be surprised to learn what Dern and Neill thought about their respective characters’ age difference in the 1993 film.

In a recent interview with The Sunday Times, Dern and Neill, who reprise their roles of Dr. Ellie Sattler and Dr. Alan Grant in Dominion, shared their thoughts about their characters’ relationship and the glaring 20-year age difference they share. “Well, it felt completely appropriate to fall in love with Sam Neill,” Dern said, thinking back on when she started filming the big screen adaptation of Michael Crichton’s novel
at the age of 23 (when Neill was 43). “And it was only now, when we returned in a moment of cultural awareness about the patriarchy, that I was, like, ‘Wow! We’re not the same age?'” Dern continued.

Indeed, even the Marriage Story Oscar winner’s scene partner got a wakeup call regarding their age difference following Jurassic Park‘s incredible success. “I am 20 years older than Laura! Which at the time was a completely appropriate age difference for a leading man and lady,” Neill confessed. “It never occurred to me until I opened a magazine and there was an article called ‘Old Geezers and Gals.’ People like Harrison Ford and Sean Connery acting with much younger people,” the actor went on. “And there I was, on the list. I thought, ‘Come on. It can’t be true.'”

Sadly for the actor, it is true. Neill and Dern’s characters’ relationship in Jurassic Park is just another example of a tired Hollywood trope featuring an older man and a young ingenue falling for one another or having some sort of romantic relationship. It will be interesting to see where audiences find Dr. Sattler and Dr. Grant in the forthcoming chapter of the Jurassic Park saga. But Neill and Dern’s recent comments about the beloved classic tells us even though the film has stood the test of time in many ways, there might be a few instances where it fell short.

Before you go, click here to see actresses who were way too young to play these mom roles. 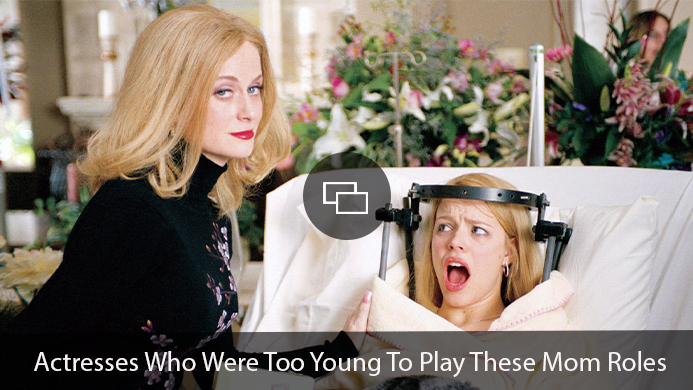