Anne Hathaway was another Hollywood star heating up the red carpet at the Cannes Film Festival this week. On Thursday night, the Oscar winner rocked the fashion world with her sophisticated style choice for the premiere of her new movie, Armageddon Time.

Wearing a white sequin Armani Privé gown, Hathaway looked angelic and practically floated down the red carpet in front of the throngs of photographers. The simple strapless neckline allowed for her Bulgari “Mediterranean Reverie” necklace with a 107.15-carat cushion-cut sapphire be the statement piece. The dress also featured a shawl that doubled as a gorgeous train, which draped on her elbows and glided behind her when she walked.

It’s hard to believe that this is Hathaway’s first time at the Cannes Film Festival given her impressive career, and she certainly hasn’t missed a beat when it comes to fashion. Her stylist Erin Walsh assembled all of her looks for the biggest global red carpet of the year. “You know, I’ve never been to Cannes, and I’ve been watching the fashion of the film festival unfold for a couple decades now. And I’ve noticed certain things you can never go wrong with,” she remarked to People. The list included “a little sparkle,” “something that looks chic and glamorous,” and an outfit that “feels very, very comfortable.”

Hathaway also took a cue from her “favorite actresses,” who chose to experience their first Cannes Film Festival with a white gown, so she decided to follow suit. And that’s why she knocked her debut out of the park — Hathaway looked like a Cannes Film Festival veteran. 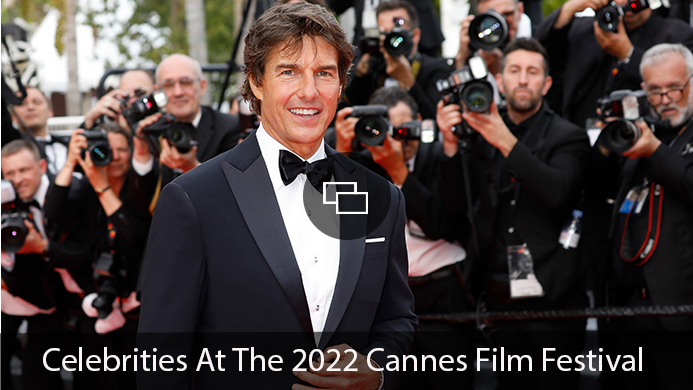