Kellyanne Conway is dishing new details about her time in the Donald Trump administration in her new book, Here’s the Deal: A Memoir, which comes out Tuesday, May 24. The former White House aide and campaign manager is giving insight into Ivanka Trump’s marriage to Jared Kushner, which possibly reveals that their decision to become Republicans irked her in-laws.

Kellyanne, of course, understands this conflict since her husband George Conway spent much of his time tweeting about his disdain for her boss. The former White House advisor appreciated that Ivanka “offered empathy and an ear” when times would get tough between George and Donald (her husband versus her boss). In an excerpt obtained by People, Kellyanne recalled one particular Ivanka interaction. “I am in a family of Democrats,” she said, referring to at least some of the Kushners. “I get it.”

George W. Bush's slip up during his speech last night was an eye-opening moment about his presidency. https://t.co/yIjDLUBKx8

That revelation is pretty significant because Ivanka and Jared made a very calculated decision to follow Donald to Washington, D.C., which possibly damaged their relationship with the Kushner family, who are longtime Democrats. Political watchers knew that there was some tension as sister-in-law Karlie Kloss, who is married to Joshua Kushner, often dealt with the Hollywood pushback against the Trump administration. There didn’t seem to be a lot of love between the two couples during Donald’s time in the White House.

With Jared and Ivanka now retreating away from Donald’s 2024 political aspirations, there haven’t been sightings of the couple cozying up to the Kushner family either. They may have now found themselves on an island of isolation after making major life decisions in 2016 to pick a side. In the end, it doesn’t sound like anyone won.

Before you go, click here to see famous couples who disagree on politics. 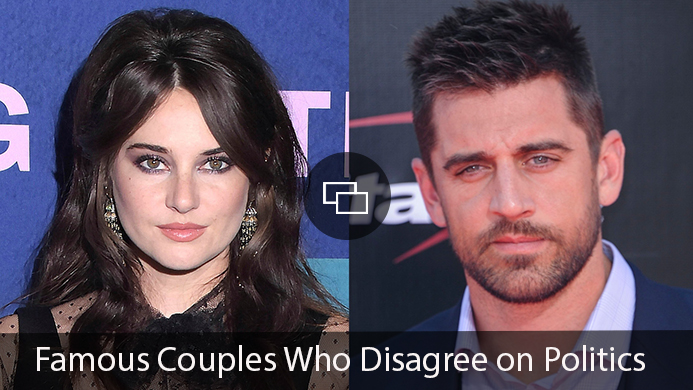