Sienna Miller knows all too well what it is like to be cheated on and have the whole world watching. Back in 2005, she was engaged to actor Jude Law when he began an affair with his children’s nanny (tale as old as time). In 2022, she’s reliving part of that public trauma in a new role on the series, Anatomy of a Scandal.

Related story Jude Law Learned To Cook Vegetarian Meals For His Kids: 'I Had To Respect Their Choices'

While the fictionalized show isn’t based off her story, there are “many clear parallels” between what Miller experienced and what her character goes through. “I thought it was weird, as well, that I was kind of drawn to it. I think in a sort of psychological tourism way, it was an interesting thing to put myself back into a situation,” she told NBC News’ Sunday TODAY with Willie Geist in an interview that will air April 24. “It’s very different, and it’s a long time ago, but that did feel somewhat familiar, and to respond in a very different way to that.”

Understand micro-cheating and whether your relationship is being impacted by it. https://t.co/iitLW9snnF

While she joked that working on the Netflix show was “free therapy,” the emotional trauma she went through 15 years ago was anything but a laughing matter. Not only did Law have to confess to his infidelity, but nanny Daisy Wright, with whom he had the affair, aired their dirty laundry to the Sunday Mirror at the time, sharing pages of her diary that chronicled their affair to the outlet. Reportedly, one of Law’s children also caught them in bed and told his mother (the actor’s first wife) Sadie Frost about the encounter. Oh, what a tangled web Law wove.

Miller went on to share with The Daily Beast in 2020 that it was “one of the most challenging moments” of her life because “that level of public heartbreak” was “really hard.”

While we have nothing but sympathy for what Miller went through, we’re reminded of another anecdote from her past in reading these quotes about the trauma of Law’s cheating. A few years later in 2008, Miller found herself in the midst of another public affair — one she herself was involved in with the married Balthazar Getty. It remains to be seen whether Miller will address that brush with infidelity in the full interview airing this Sunday but either way, it’s clear the actress had a wealth of personal experience to draw on when diving into Anatomy of a Scandal.

Before you go, click here to see celebrities accused of having affairs with their nannies. 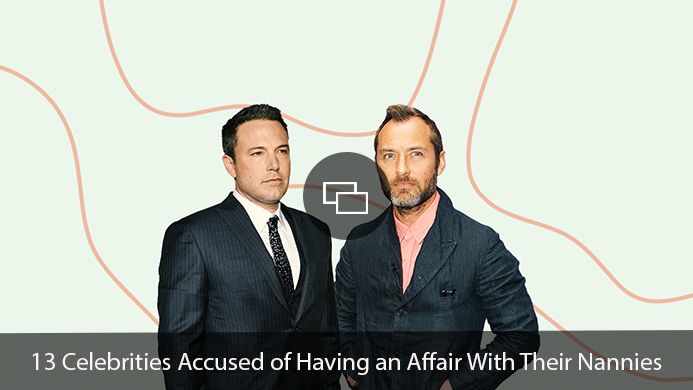