On Sunday, March 27, time briefly stood still as Will Smith walked up to the stage, wound up, and slapped Chris Rock across the face. The broadcast audio cut out frenetically in the moments that followed, but the uncensored footage spread through the internet within minutes — and now, less than two weeks later, a penalty has been handed down for Smith’s behavior. The Academy of Motion Picture Arts and Sciences, the governing organization behind the Oscars, met on Friday, April 8, to determine Smith’s fate, and landed on banning the King Richard star from attending the Academy Awards for the next 10 years.

Related story The Top 10 Most Shocking Oscars Moments We've Ever Seen — Yes, Including the Slap

In the hours and days that followed Smith slapping Rock, there was no end of opinions to be found on the appropriateness of his behavior. In the moments before Smith walked onstage, Rock had cracked another G.I. Jane joke about his wife Jada Pinkett Smith’s shaved head — when Pinkett Smith has a well-documented history with alopecia. In turn, some found Smith’s behavior to be a rare, admirable example of a Black woman being fiercely protected and defended. But many more, including stars like Amy Schumer and Zoë Kravitz, expressed shock and disgust with Smith’s actions, and still more asked why the Academy hadn’t done more to immediately punish the actor in the wake of his actions.

Today, it seems as though the camp calling for swift punishment has won out. In a letter from the Academy President and CEO, obtained by People, the organization states that “for a period of 10 years from April 8, 2022, Mr. Smith shall not be permitted to attend any Academy events or programs, in person or virtually, including but not limited to the Academy Awards.”

Smith himself has both apologized on Instagram and volunteered to resign from the Academy since the incident, and appears to think that he should face repercussions for his behavior.

“Violence in all of its forms is poisonous and destructive,” he wrote on Instagram. “My behavior at last night’s Academy Awards was unacceptable and inexcusable. Jokes at my expense are a part of the job, but a joke about Jada’s medical condition was too much for me to bear and I reacted emotionally.”

It remains to be seen how Hollywood will react to the Academy’s decision. Many of Smith’s projects have been placed on hold following Oscars night, and those sure that the reaction to this moment would dissipate may be losing their faith in that. After Smith’s long, long career, it’s amazing to think that those few seconds we witnessed on TV could have altered his path forever — while Louis C.K. exposes himself to colleagues and gets a Grammy. And while many criticized the Academy for allowing Smith to give a speech after winning his best actor Oscar minutes later (his first Academy Award), maybe they’ll feel better about the decision knowing that was Smith’s last chance to accept an Oscar for a long, long time.

Before you go, click here to see Will Smith and Jada Pinkett Smith’s best family photos. 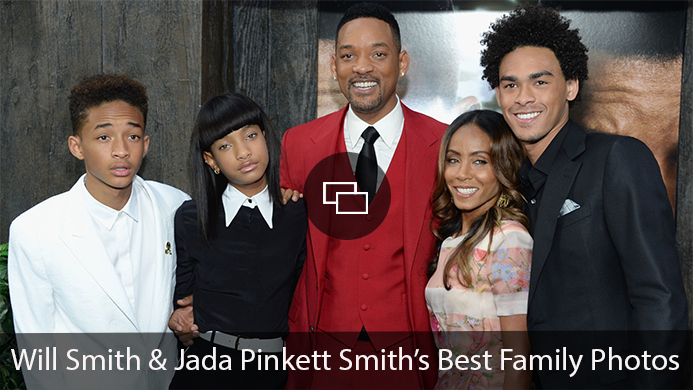