The scary trend of celebrity home invasions continues as David and Victoria Beckham become the latest victims, but it didn’t happen in Los Angeles — it was at their home in London. What makes this break-in even more terrifying is the fact that the couple, along with 10-year-old daughter Harper, were all home when it happened.

The intruder broke into an upstairs spare bedroom that was not discovered until their 17-year-old son Cruz returned home after a night out with his friends, according to The Sun. The room had been ransacked after the burglar broke in through the window, leaving shattered glass on the floor. The thief reportedly got away with thousands of dollars of high-end designer goods and electronics.

Not surprisingly, the couple is “shaken up” by the break-in, especially since they were home at the time — they are fortunate that they were not harmed while it was happening. “Sadly, the Beckhams were the victims of some fairly professional thieves who have been operating in the area,” the source added. “Fortunately, the criminals only made it as far as one bedroom before they ran off.”

The criminal was captured on the family’s security cameras, but they are now reviewing their protective measures for their home and their personal safety. David has also been dealing with a stalker, who has been harassing him since 2016 and has turned up at his London home and Harper’s school in the past. The insider confirmed that the break-in is not tied to David’s stalker, but having two unsettling situations at the same time is stressful. The A-list London neighborhood is also where Elton John and Elton John, and Prince William and Kate Middleton reside, so everyone is likely on high alert.

Before you go, click here to see more celebrities who have suffered through home invasions. 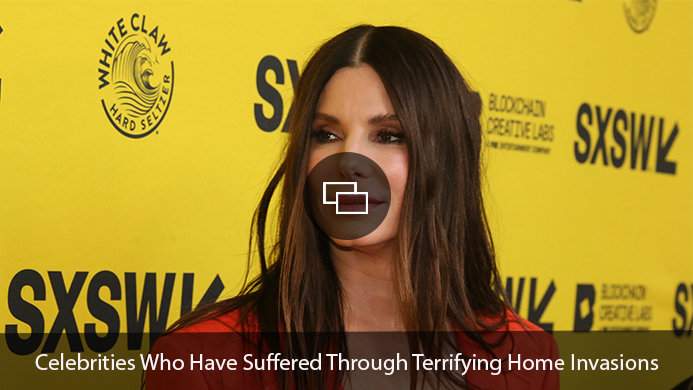