We already know the 2022 Oscars were the place to be last night for anyone and everyone in Hollywood. And while there were a number of stars at the Dolby Theater for the evening’s festivities, some celebs opted to hit up a few Oscars parties instead. Among those famous faces, The Office alums Mindy Kaling and B.J. Novak had a mini-reunion a the Vanity Fair Oscars party and were completely dressed to impress.

Kaling looked absolutely stunning in a canary yellow dress with silver sequined bodice that featured a one-shoulder strap. The gown also included a high-slit detail, along with a cape that was attached to the mom of two’s one-shoulder strap that cascaded to the floor. Novak looked quite dapper as he posed alongside his former Office co-star and previous collaborator. He opted for a classic black suit and white dress shirt — sans bowtie. The two smiled for a series of snapshots on the arrival carpet for Vanity Fair’s big bash and looked so glamorous.

For anyone who’s even a novice when it comes The Office lore, Kaling and Novak’s relationship extends far beyond their time working as writers and actors on the Emmy-winning sitcom. The two actually dated on-and-off for a time while filming the show, slightly mimicking the relationship of their characters Kelly and Ryan (though their characters’ romance was way more exaggerated, of course).

After all these years, the two have remained incredibly close — Novak is even godfather to Kaling’s two kids, daughter Katherine, 4, and son Spencer, 1. While longtime fans will always wonder about their relationship status, we’re just happy to see these two hitting one of the biggest events in town and showing how strong their friendship is after all these years. 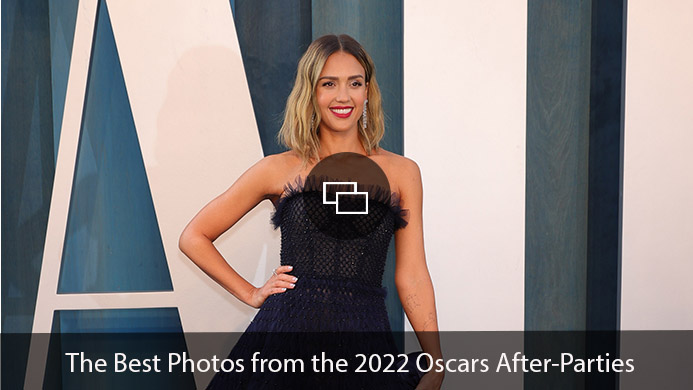