Um, did Jesse Plemons just drop a major secret during the Oscars ceremony?! When host Amy Schumer sat down next to Plemons towards the end of the night, she jokingly removed Kirsten Dunst while referring to her as a “seat filler,” prompting Plemons to respond: “You know that was my wife, right?” to Schumer. Here’s the catch: As far as we knew, Plemons and Dunst were still engaged, not married. So, was that just an off-the-cuff remark, or did Plemons reveal a family secret?!

Plemons and Dunst were both nominated for Oscars this year and both for the same film: Netflix’s The Power of the Dog, directed by Jane Campion, in which they play a husband-and-wife duo tortured by George’s (Plemons) brother Phil (Benedict Cumberbatch). The couple shares two sons: 3-year-old Ennis Howard, and 9-month-old James Robert, and Dunst recently shared with the Los Angeles Times that her and Plemons not yet being married was simply an issue of timing.

Kirsten Dunst and Jesse Plemons had the best reactions to finding out their Oscar nominations. https://t.co/GJoolnkwmA

In late Feb. she told the outlet that it was “ridiculous” that they hadn’t tied the knot yet, but maintained that they “just haven’t planned a wedding,” explaining: “There was COVID, then we had another child. I didn’t want to be pregnant, get married, have a party and not be able to have fun with everybody.”

That’s all we knew until tonight: When Plemons dropped the “w” word and set all our spidey senses tingling once again. Could it be that these two secretly tied the knot in the last month? Many also felt that Plemons missed an opportunity by only gently chastising Schumer for sending away Dunst, suggesting he go full Will Smith “keep her name out of your mouth” instead — but hey, that was a hard act to follow. 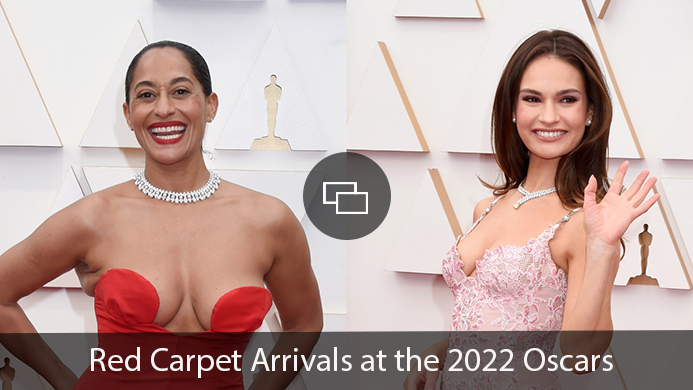