Back in 2013, Anglophiles across the world received a real treat with the first season of the British series Peaky Blinders. The show created a devoted following that’s lasted to this day, and one that’s hardly ready to bid a final farewell to the members of the Peaky Blinders gang. With the last episode of season 5 airing all the way back in 2019, fans have been waiting a long time for the sixth and final season, which started streaming in the U.K. on Feb. 27th. But for U.S. audiences, you won’t have to wait until the series is streaming stateside to watch what happens to Tommy Shelby and company. We’ve found a way to watch the British drama in the United States — read on for how to start streaming the final season right now.

Like we said, Peaky Blinders amassed a loyal following once it premiered in 2013. Starring Cillian Murphy, the period drama series features some of the best U.K. talent, along with up-and-coming stars, and a storyline that’s practically ripped from the history books. With the final season now airing in the U.K., it doesn’t seem right that U.S. fans should have to miss out on the fun.

Here's how you can watch the Oscar-nominated film, #WestSideStory, today. Catch the talented @rachelzegler and Ansel Elgort alongside each other in this classic iteration of star-crossed lovers. https://t.co/i5SQxM4hNJ

The sixth season of Peaky Blinders follows Tommy to the United States, which is just at the end of prohibition. While making his way through America, Tommy comes face-to-face with an old enemy who’s poised to take matters into his own hands. Already, season 6 has promised a lot of thrills, twists, and surprises for longtime fans. This season will continue to build momentum until its fiery end, as Tommy sees the rise in British fascism and Germany is taken over by the Nazi party in the prelude period to World War II. Bearing all of this history in mind, it’s taken time for Peaky Blinders to reach this pivotal point.

The lead-up to new episodes includes five seasons that introduced audiences across the globe to the exploits of the Peaky Blinders gang following World War I. Each season is rife with the darkness that eclipsed so much of the world following that time period, and Peaky Blinders focuses on one corner of Birmingham, England, and the fictitious gang that actively takes a stand in the years after the war. This sixth installment of the show marks Peaky Blinders‘ final season, so devoted fans across the globe surely won’t want to miss it.

Who’s back for Peaky Blinders season 6?

Peaky Blinders wouldn’t be what it is without Cillian Murphy. The actor takes on the role of Thomas “Tommy” Shelby for one final spin in this series. But he’s not alone by any means. Also returning is Paul Anderson as Arthur Shelby Jr., Sophie Rundle as Ada Thorne, and Neil Maskell, offering his interpretation of Winston Churchill.

Also returning from season 5 is Anya Taylor-Joy as Gina Gray. Fans may know Taylor-Joy from her Emmy-nominated turn in The Queen’s Gambit, along with roles in horror movies like The Witch, and more. She’s left an indelible impression on fans of Peaky Blinders — so, we can’t wait to see what the final season holds for her.

How to watch Peaky Blinders season 6 in the US

So, here’s the catch about being a U.S.-based fan of Peaky Blinders while the series’ final season is currently airing in the U.K. You can’t really watch the series live unless you try a different way of streaming. This means you won’t have to avoid spoilers or wait until the final batch of episodes lands on Netflix at some point to finally watch the season. How can you watch the series as new episodes debut in real-time? We’ll break it down for you below.

You can watch Peaky Blinders and a number of other shows and streamable movies using a VPN — virtual private network. What a VPN does is give you the option to change the location of your IP address to make it look like you’re somewhere else — say, the U.K. for example.

How does a VPN Work?

When you use a VPN, you log into a server set up especially for you that masks which country you’re in before you log onto another site for streaming. Basically, using a VPN makes it look like you’re in the country where your favorite show (in this case Peaky Blinders, which streams on BBC iPlayer) is streaming. But VPN does even more. When you use a VPN while shopping online or using social media platforms, the server will ensure that websites won’t track your every move.

What are the best VPN services?

Express VPN is one of the most widely popular and reliable VPN services. This VPN serves roughly 94 countries and 160 server locations. Plus, the team behind Express VPN always wants to make sure you’re satisfied with their service — they have a 24/7 live chat hotline to troubleshoot any problems you might come across. Express VPN features a 30-day risk-free, money-back guarantee with it’s three unique plans. For monthly service, you’ll play just $12.95 a month. If you’re willing to sign a year commitment, you’ll pay $8.95 per month. The final option is a 6-month membership, which will cost $9.99 per month.

Once you’ve signed up for the free trial, you will need to install Express VPN. Set up the activation code, then start streaming at your leisure.

For roughly one decade, NordVPN has been making streaming easy, with offers to 5200+ NordVPN servers. As if that wasn’t a great deal, once you subscribe to NordVPN, you can add it to upwards of six devices. Like Express VPN, this service also offers a 30-day money-back guarantee. NordVPN currently features a major deal — for the next few hours, you can get NordVPN for two years for just $3.49 a month — they’re offering a limited-time 70% off deal. NordVPN is just $4.99 per month if you opt for a year subscription, and $11.99 per month if you subscribe to the the month-to-month plan.

How to watch seasons 1-5 of Peaky Blinders

If you want to catch up on Peaky Blinders before watching season 6, you can check out seasons 1-5 on Netflix right now.

Before you go, click here for more British dramas you can stream right now. 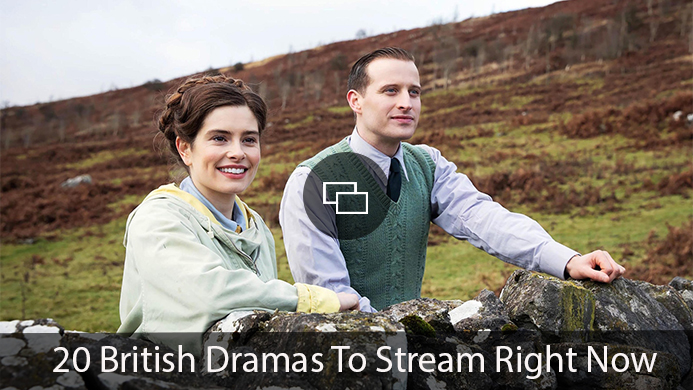