Niecy Nash and Jessica Betts are proudly making history. The stunning couple are showing off their love in the most sensual way as the first same-sex couple on the cover of Essence’s March/April 2022 issue — and they couldn’t be happier.

The duo, who secretly married in August 2020, prefer not to label their sexual identity. Instead, Nash says, “We always lead with our truth.” After being married twice to men, the When They See Us star realized she had fallen in love with the singer after her divorce from Jay Tucker. “The least of my attraction is gender,” she explains. “What I was and am still attracted to is Jessica’s soul. She was the most beautiful soul I had ever met in my life. Now that I’ve experienced it, I can’t imagine going through life without it.”

The Essence cover is not only groundbreaking for showcasing a Black LGBTQ couple, but it’s how their love is depicted that is also notable. (See the photos HERE.) Nash and Betts’ are affectionate, romantic and sexy with each other, they’ve been given that freedom in the photoshoot, even though that’s not always the case. Sometimes, same-sex couples feel the pressure to be desexualized because of the stigma they face in public, but the images allow them to embrace their sexuality however they see fit — no labels, just love.

And that’s exactly how they want their romance to be seen — a married couple in love, who don’t mind sharing their PDA with the world because they are happy. Betts shares why this is so important to her union with Nash, “I absolutely feel fully seen. I feel like all of me is accepted. All of me is loved—and not just the part that I present, but the part that I don’t necessarily show to everyone else.” That is, until now.

Before you go, click here to see our favorite lesbian couples in Hollywood. 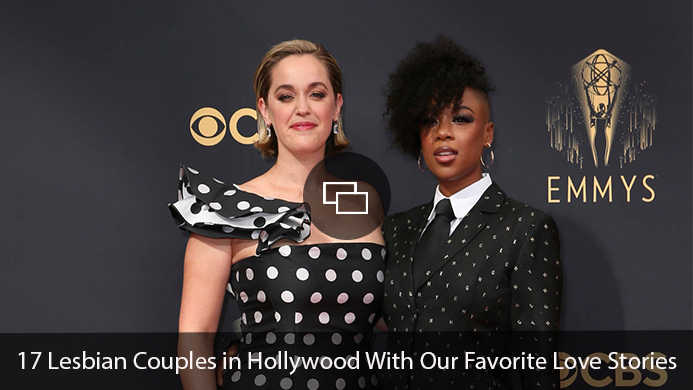