It seemed like every A-lister was in attendance at the Super Bowl LVI on Feb. 13, but shockingly enough, some royals were in attendance as well. Not only was Prince Harry watching the Super Bowl, but his cousin Princess Eugenie came. She not only watched the game with him but also showed her support for her cousin and his new lifestyle.

You can see some photos HERE.

Both the royal family and the world were shocked when Prince Harry and Meghan Markle left the royal family, moving to Los Angeles. While tensions have been rising between Harry, Meghan, and the royals, it seems that Princess Eugenie is showing her solidarity with her cousin.

Per People, a close source said that Harry and Eugenie “have one of the most natural connections.” According to Harper’s Bazaar, Eugenie and Harry watched the game from a suite sponsored by the tech company Salesforce and danced in their seats during the halftime show, like Jennifer Lopez and Ben Affleck.

Princess Eugenie has been a long-time ally and mommy friend to Markle, even trying to be the “peacekeeper” amongst the Sussexes and the royal family, according to Marie Claire.

So it’s refreshing that they’re seen out and about, dancing the day away. It also shows that their strong bond will continue further and that she’s embracing him no matter what he decides. And we’re pretty excited to see Eugenie out with her cousin, living their best lives together!

Before you go, click here to see the best photos of celebrities at Super Bowl LVI. 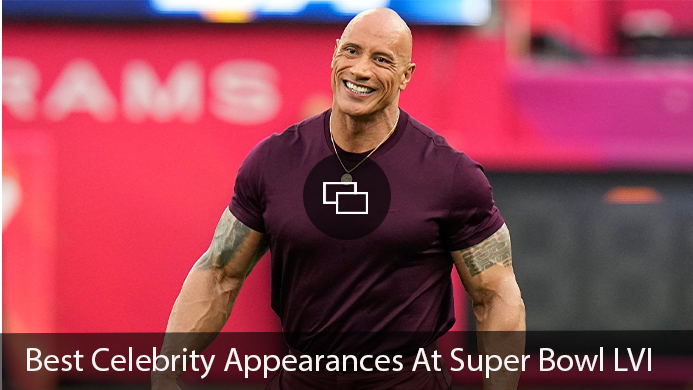