After what felt like an eternity of waiting, Salma Hayek’s full-length Super Bowl commercial finally dropped for the world to see. As soon as it dropped, everyone is thinking one thing: that she’s not only portraying a goddess in the commercial but that she really is a goddess in real life.

Both Hayek and actor Arnold Schwarzenegger were attached to play Greek gods for a full-length Super Bowl commercial for BMW, with people instantly getting excited after the clip was available. The 60-second advertisement followed Hayek playing the Goddess of home Hera and Schwarzenegger playing the God of lightning Zeus as a retired married couple. The story follows them working through retiree life, with Schwarzenegger not acclimating well while Hayek is living her best life. And at one point, they even sing the 1980s hit “Electric Avenue” by Eddy Grant — truly a sight to see.

While the entire commercial was divine, everyone on Twitter is buzzing about how Hayek really did look like a goddess.

One Twitter user raved about the commercial, saying, “OK, the Zeus #SuperBowlAd with Arnold and Salma Hayek is the front-runner for my fave commercial!” But most of the tweets are mainly marveling at how stunning Hayek looks throughout the commercial, with one user saying, “Salma Hayek showing the whole damn world how incredibly gorgeous she is at 55! Just beautiful.” Another Twitter user added, “Salma Hayek is just divine. So gorgeous” — and there are thousands of tweets just like these.

Before you go, click here to see Super Bowl commercials we’re excited for in 2022. 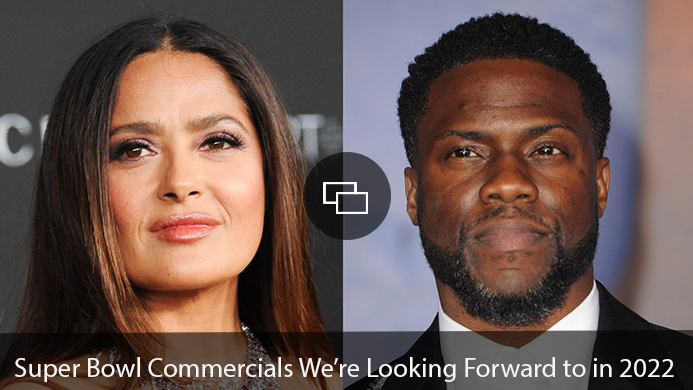