Ava DuVernay has been a huge force in Hollywood, bringing major movies like Selma and 13th to the screen, and we’re finding her latest revelations about her personal life to be just as inspiring and incisive as her filmmaking. In a new InStyle cover story, DuVerney plainly stated her preferences about how she’s wanted to spend her adult life — namely, not getting married and not having kids — and her highlighting these things as positive, intentional choices opens an important dialogue. For centuries, society has taught women that the right path to take is to get married and start a family, but that isn’t always everyone’s dream. DuVernay vocalizing her choices with pride is a step toward embracing every woman’s right to choose her own path, regardless of whether that includes starting a family.

In InStyle’s March issue, DuVernay opened up about her choice to not walk down the aisle or have kids. “I didn’t have kids by choice, and I’m not married by choice,” she explained to InStyle.com. “I was able to embrace my career later in life, in my 30s. So I’m going to do what feels good to me, and I’m going to have fun.” For women who know they want to become mothers, this decision might seem shocking, but for others who have taken a similar life path, they are screaming from the rafters at a high-profile public figure owning her life choices.

.@Oprah, #JenniferAniston, & More Leading Ladies Open Up About Not Having Kids: https://t.co/qtMxXeRxME pic.twitter.com/4bC1tm9841

Women need to start to embrace those who decide to not have a family as much as those who are mothers and wives. There are only celebrations for weddings and babies, but what about the friend who achieves a major career goal? They should have their moment to shine just as much as everyone else. We also know that no one is asking men why they didn’t get married or why they don’t have any kids — so let’s put an end to this sexist question.

The 49-year-old filmmaker’s frank conversation shows how crucial it is for both sides to honor that having a family or not is still a beautiful choice. There is so much to learn from each other — and we could all use the support. Moms need nights out with their adult friends and women without children might also enjoy being the favorite aunt in the family. There are no wrong decisions and DuVernay is proving that her choice was the right one for her.

Before you go, click here to see things you should know about Ava DuVernay. 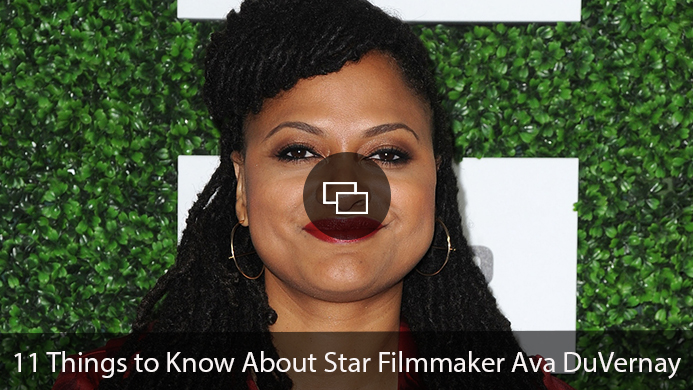