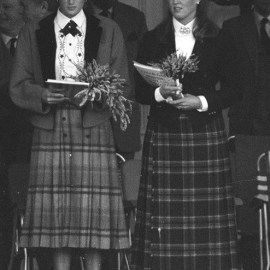 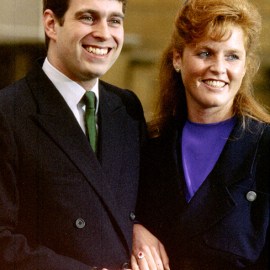 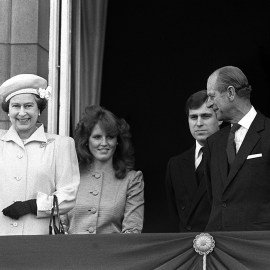 Prince Andrew’s new year is not off to a great start. First, the judge in his civil case, alleging he raped Virginia Roberts Giuffre after she was trafficked by Jeffrey Epstein and Ghislaine Maxwell, has denied his attempt to have the suit thrown out. And now, Queen Elizabeth has stripped him of his military titles and royal patronages, a move that was long overdue.

The palace released a terse, but straight-to-the-point, statement on social media on Thursday. “With The Queen’s approval and agreement, The Duke of York’s military affiliations and Royal patronages have been returned to The Queen. The Duke of York will continue not to undertake any public duties and is defending this case as a private citizen.” According to a People magazine source, the other senior royal members, including Prince Charles and Prince William were in on the decision with the Queen.

A statement from Buckingham Palace regarding The Duke of York: pic.twitter.com/OCeSqzCP38

It’s unclear why the action took so long, given the fact that Prince Harry was stripped of his beloved military titles and patronages swiftly after he and wife Meghan Markle left their royal roles. It seems like a sexual assault accusation is far worse than the Duke of Sussex’s decision to take a different career path in the United States. This indicates that Andrew was protected behind palace walls for far too long. It took loud “objections from veterans, who say it [was] unseemly to be under the command of a person facing such allegations” for the palace to even think about punishing him.

Andrew’s legal challenges have also reportedly left him in serious debt and he is now offloading his Swiss chalet to help pay for the mounting bills. With Maxwell found guilty of sex trafficking in December (and likely spending the rest of her life in prison), the Duke of York is going to have to accept that his association with Epstein cost him dearly — and now, it’s time to face the consequences.

Click here to see celebrities who have been accused of sexual assault.