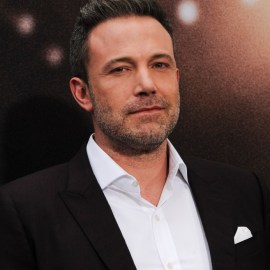 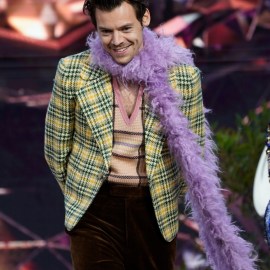 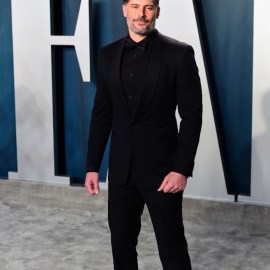 Every actor has to deal with that one film that winds up being less than a great success in their career. For Ben Affleck, that movie is Gigli, the rom-com crime film that set the Oscar winner’s career and personal life spinning in a lot of different directions.

But of course, time has brought a lot of perspective to Affleck’s thoughts on the film he dubs a “famous bomb” and “a disaster” in a new interview for Entertainment Weekly. The actor shares that the studio leaned into his relationship with co-star Jennifer Lopez since it was generating headlines everywhere. He explains how the movie was marketed, ” ‘They want a romantic comedy. They want the two of them together. More of that!’ ” Unfortunately, that wasn’t what audiences wanted because they were oversaturated by the Bennifer news and the odd movie name led to “a tsunami” of bad press for the film.

From sweet glances to stunning award show looks, these are our favorite red carpet moments between @JLo and Ben Affleck. https://t.co/v1QywgCjK2

Affleck thought, “This is as bad as it gets,” but it also marked a turning point in his life. It forced him to rethink his career and move on to a successful directing career, but it’s what Gigli brought to his personal life that made all of the difference. “I did get to meet Jennifer, the relationship with whom has been really meaningful to me in my life,” he reveals. Even though they broke up after postponing their wedding and moving on to start families with other people, Lopez always remained a friendly presence in his life.

It makes perfect sense as to why the Bennifer reunion happened in 2021 — they had weathered a storm together back in 2003 that only the two of them would understand. When they both found themselves single at the same time, it became the perfect opportunity to revisit their relationship with the luxury of having a greater understanding of themselves — in the public landscape and their private lives. It’s the idea of “everything happens for a reason” and for Affleck, it’s his cherished love with Lopez.