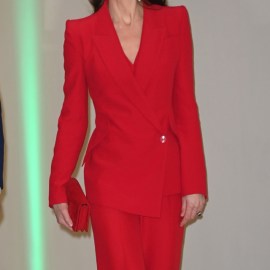 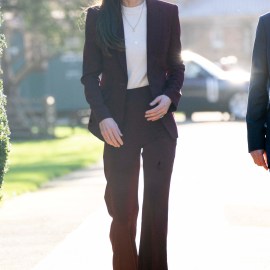 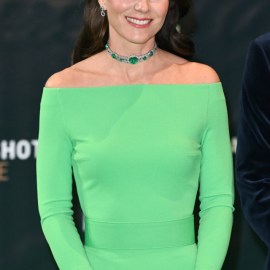 We’ve known for a while now that the British royal family is ushering in a new era, and with it comes new responsibilities for Kate Middleton and Prince William. But the Duchess of Cambridge in particular, who just celebrated her milestone 40th birthday over the weekend with the most regal photoshoot, seems poised to step into a more extensive role. With those duties, Kate could also inherit a new royal title along with her husband. Should Kate receive the Princess of Wales title, William’s reaction will likely be just as complicated as you’d imagine.

Now, there is no guarantee that the Duke and Duchess of Cambridge will inherit the Prince and Princess of Wales titles. However, given that William’s father, Prince Charles, will one day be King of England and is the current Prince of Wales, the chances that he’ll bequeath his present title to his son is fairly certain, which means Kate would become Princess of Wales — the title held for so many years by William’s late mother, Princess Diana. “I’m sure it’ll be a bit of a bittersweet moment,” a source told the Telegraph, via the Express.

“This is her [Diana’s] son and his wife, so in some ways it will be coming full circle — but it will also be a poignant reminder of what we all lost,” the source observed. Indeed, we can only assume the day William and Kate become the new Prince and Princess of Wales, it will definitely be an occasion for William, especially, to reflect on his mother’s legacy and what it means for his wife to inherit the special title. Of course, there will be even more comparisons between Diana and Kate, but those have been longstanding since the Duchess of Cambridge married her husband.

If anything, the potential that Kate could become the next Princess of Wales would really be a “full circle” moment, as the source mused. Receiving the new title would mean that the royal family is writing their next chapter, and Kate and William’s roles and responsibilities will become even more substantial than before. For now, though, William and Kate will continue to do their work as the Duke and Duchess of Cambridge — titles, we think, the couple wear very well.