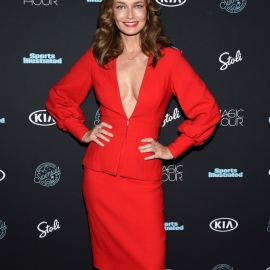 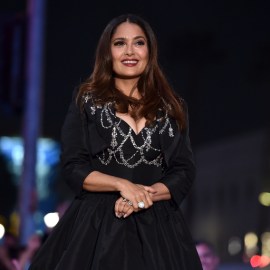 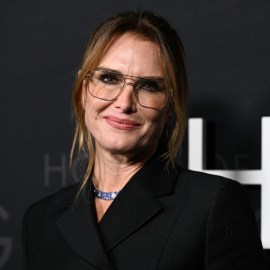 Paulina Porizkova isn’t afraid to speak her mind, and that’s one reason we love her so much. On Jan 6, Porizkova posted a photo of herself, split down the middle with one side airbrushed and the other showing her bare skin. Along with the photo, she posted a lengthy caption with the overall themes of acceptance and owning your power.

She started the post by saying, “When I post no Botox no fillers hashtags, I get a fair amount of criticism from women, assuming I’m somehow being superior. And I always have a knee-jerk reaction to this – wanting to defend myself. No, no, I want to say, I’m merely going for representation. This is what it looks like to be an un-tweaked woman of 56, (ok, so on a good day and in great light).”

She added,  “I, personally, want to see other women who haven’t tweaked, so I have a sense of what being my age looks like. In our new world of artificial perfection, sometimes it’s impossible to tell what is what, and I’m trying to clarify it for you the way I’d like it clarified for myself.”

Porizkova continued, saying, “I have zero objections to women seizing their power in any way they see fit. Yes, this is how I see tweaking. Seizing your power and putting it into play. Good for you… Remaining tweak-free is acceptance.”

She then ended the post, asking, “Can you do both? I have no idea. I’m trying, but so far, I keep falling into the muddy middle.”

It’s refreshing when celebrities like Porizkova get candid about aging and the societal standards put on women throughout the years — and how unjust these standards are.

When asked about aging in the public eye, Porizkova told NewBeauty per Closer Weekly, “It sucks. When your entire life has consisted of looking good, aging publicly, in a word, sucks. This is not for the faint-hearted.” The feminist icon added, “I don’t want to have to go to war with my looks. And I don’t want to start trying to look 20 years younger.”

Before you go, click here to see all the celebrity women who have spoken out about ageism.